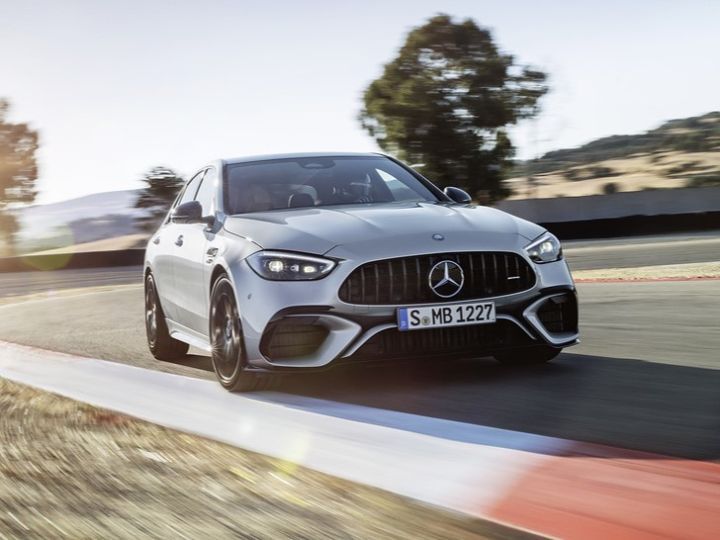 Where does your mind go when you think of a Mercedes-AMG C63 S? In this author’s head, it’s the rumbly 4-litre twin-turbo V8 that’s capable of shredding tyres. But when Mercedes announced it’s going to replace the V8 with an in-line four-cylinder hybrid engine in the next model, the pain was real. However, the real thing has been unveiled and well, we would say let’s not judge a book by its cover.

The C63 S now gets a 476PS 2-litre in-line-four turbo-petrol engine that works in conjunction with a 204PS electric motor in the rear axle to develop a combined output of 680PS. That’s around 200PS more than before! Yes, this might be a four-pot motor found in the A45 S, but let’s not forget that it’s the world’s most powerful production four-cylinder engine and it’s absolutely mental when we sampled it in the hatchback.

Merc has made some tweaks though to ensure this engine recreates the magic of the older V8. For starters, the turbocharger is a size larger than the A45’s unit and is electrically assisted to minimise turbo lag. Then there’s the fact that the electric motor in the rear axle always provides the additional boost whenever it’s required.

As a result, the C63 S is mighty quick. Nought to 100kmph comes up in 3.4 seconds and top speed is capped at 280kmph. A few other points to note is the fact that this is all-wheel drive instead of rear-wheel drive like the older car. So, those launches should be better in the new car and fret not, if you want to slide around in the new C63, there’s a ‘Drift’ mode available as well.

But the hybrid powertrain is not all about just performance. The new C63 S can be driven around in electric mode for 13km (claimed) thanks to its 6.1kWh battery pack, which can be charged using a wallbox charger.

With the brief trivia about its powertrain over, let’s move onto the design aspect of the car. Like all AMGs you get a Panamericana front grille, aggressively styled front air dams, sportier wheels and dual exhaust tips. On the inside, you get sport seats and an AMG-specific steering wheel and displays for that extra bit of attention to detail.

The new C63 S could be on the cards for an India launch, and if Mercedes decides to locally assemble it, it could be temptingly priced as well. When launched, it will lock horns with the Audi RS5 Sportback and the BMW M4. 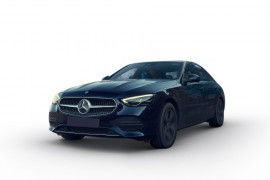 All Comparisons of C-Class