This generational update is set to bring heavy cosmetic changes, plentiful of new tech and a revised petrol mill 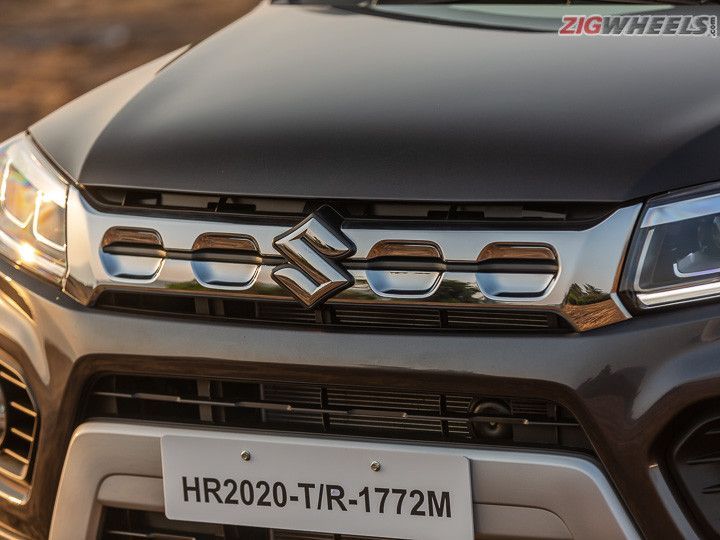 After a long period that was filled with leaks and spy images, it's official, Maruti Suzuki will be launching the next iteration of its Vitara Brezza sub-4-metre SUV on June 30. Some dealerships are already accepting bookings for the second-generation model unofficially.

Earlier, undisguised images of the 2022 Brezza revealed hefty styling changes. Starting at the front with sleeker LED headlights which now blend with the grille, to new alloy wheels, the subcompact SUV also gets slimmer LED tail lamps with the number plate housing now repositioned to the bumper. We also spotted a new  ‘Brave Khaki’ (dark green) paint option which was introduced on the updated XL6.

Inside, it is set to get plentiful new bits such as the Baleno’s floating 9-inch touchscreen infotainment system, wireless Apple CarPlay and Android Auto, a single-pane sunroof, a head-up display and ventilated front seats. Safety kit should include a 360-degree camera and six airbags among other enhancements.

Under the hood, the Brezza will now run the K15C 103PS 1.5-litre petrol engine, from the facelifted Ertiga and XL6, which can be paired to either a 5-speed manual or a new 6-speed automatic transmission. The engine will also come equipped with mild-hybrid tech.

The next-generation Maruti Suzuki Vitara Brezza should retail from around Rs 8 lakh (ex-showroom). It’ll take on the likes of the  Kia Sonet, Tata Nexon, Renault Kiger, and Nissan Magnite, as well as the upcoming 2022 Hyundai Venue.