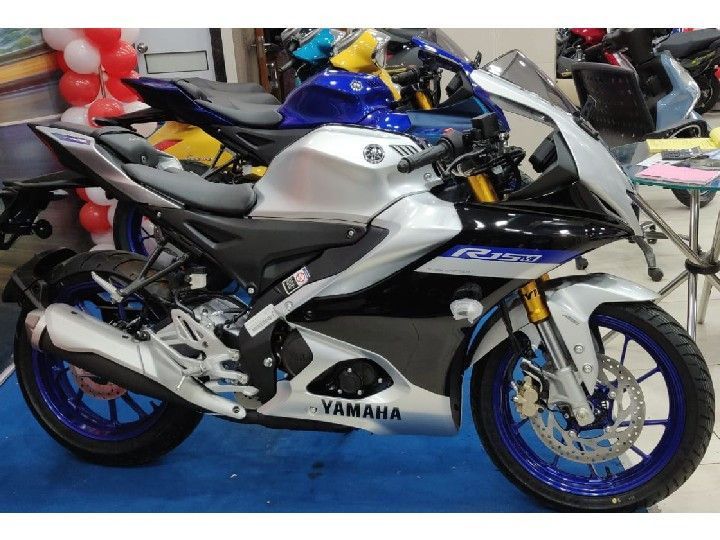 The arrival of the Yamaha R15 V4 was a pleasant surprise for us. Yamaha has been mum about its plans, and that became evident with the V4. We have done a bunch of stories on the new R15 and even a few shoots, including a detailed walkaround video, ticking off every point you need to know about the bike before we ride it. And until that day arrives, here are our initial impressions of the new R15.

You can clearly spot the similarities between the R15 V4 and the R7 as the sleek LED DRLs flank the single bi-functional LED headlight. The fairing shape is cleaner and easier on the eyes, the faux air vents neatly finished, and MotoGP livery drool-worthy. And thanks to the presence of a gold USD fork, the R15 V4 looks a bit bulky, unlike the previous iteration that looked like it skipped leg day at the gym.

A Significant Improvement In Quality

Yamaha has begun to clean up its act when it comes to the plastics on offer. The quality levels aren’t what they were on the R15 V2 or the V1, but they are markedly improved over the V3. There are no shoddy welds, no inconsistent panel gaps, or poorly finished panels here on the V4. The triple clamp looks tidy and so do the faux tank vents. Even the actual vents on the side fairings (which help cool the engine) are finished quite well.

One of our complaints with the R15 V3 was its too-committed riding posture. It was a bit too serious for daily commutes; even while touring, it would cause wrist and back aches. Now we will have to put this to the test, but there are minor tweaks to the touchpoints, which were instantly apparent once we swung our legs over the V4.

While the seat height remains the same, it is still fairly accessible to riders of all heights. The footpegs continue to be rear-set and sporty. The biggest update, though, are the clip-on bars. These are now raised and a bit outwards, offering you better leverage for commuting. Even the tank recesses allow the rider to straddle the bike well.