Tata Nexon EV Goes Up In Flames In Mumbai

The carmaker has released an official statement regarding the same, and we hope this is a one-off case 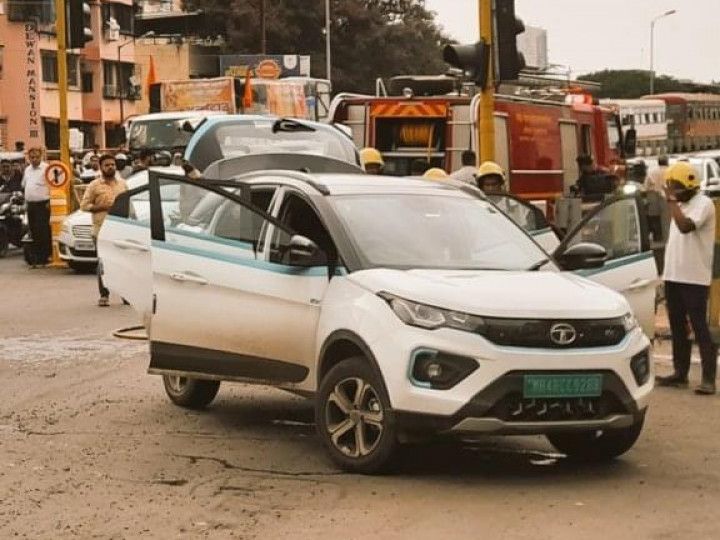 In what comes as an unfortunate event, a Tata Nexon EV (standard variant and not Max) went up in flames in the early hours of June 23. EV fires, of late, have been very common in electric two wheelers. But this is the first time an electric car is going up in flames in India and the reason behind it is still under investigation.

Tata Motors released an official statement today, and here’s what the carmaker had to say, “A detailed investigation is currently being conducted to ascertain the facts of the recent isolated thermal incident that is doing the rounds on social media. We will share a detailed response after our complete investigation. We remain committed to the safety of our vehicles and their users. This is the first incident after more than 30,000 EVs have cumulatively covered over 100 million km across the country in nearly 4 years.”

Video of the electric SUV going up in flames, parked aside a road, has surfaced online. First, a huge plume of smoke comes from below the EV where the batteries are located. And after a while, the video shows us the EV in flames with small occasional blasts coming from the battery pack.

Once again, the exact reason behind this incident is yet to be determined. It could be anything, right from a faulty battery or a short circuit or even the battery pack being damaged by an external source (like what happened to an Ather EV). But whatever is the case, we hope this is a one-off case and Tata does its best to resolve this particular issue as soon as possible. And if there is an issue, we hope the carmaker recalls the vehicles and gets it resolved. Thankfully, it seems like there is no loss of life, which we are very thankful and grateful for.

The Tata Nexon EV, which is available in standard and long range variants, is currently priced from Rs 14.79 lakh (ex-showroom). It’s a more affordable alternative to the MG ZS EV and Hyundai Kona Electric. 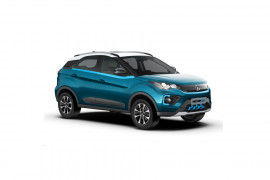 All Comparisons of Nexon EV