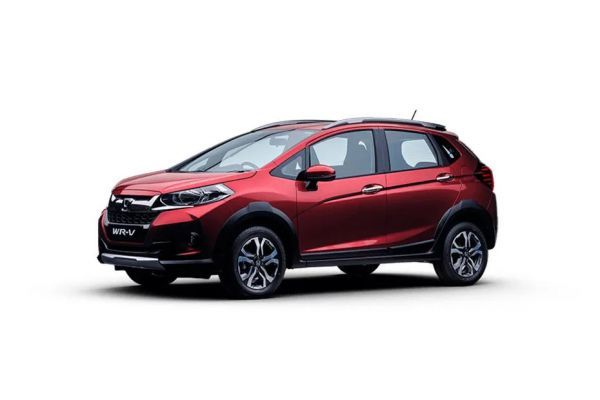 Honda has added a new V variant for its compact SUV, the WR-V. Available in the diesel variant only, it gets some additional features when compared to its base-spec diesel variant. Priced at Rs 9.95 lakh (ex-showroom), it costs Rs 70,000 more than the base-spec ‘S’ trim level. Apart from the introduction of the new variant, the base-spec ‘S’ and top-end ‘V’ trim levels gets some additional features.

The WR-V is offered with two engine options - a 1.5-litre diesel engine with a 6-speed manual gearbox or a 1.2-litre petrol motor paired with a 5-speed manual. Like all other Hondas, the cross-hatch is an effortless drive. The diesel, although noisy, is the one that balances city and highway jaunts better.

At first glance, the Honda WR-V looks like the tougher cousin on the Jazz hatchback. Although it is based on the Jazz, the WR-V gets a completely redesigned nose and the bonnet now sits much higher and flatter. The front and rear bumpers look butch and get a faux skid plate as well. Although Honda has tried really hard to hide any resemblance to the Jazz, the side profile of the car will remind you of the hatchback. However, the WR-V stands tall with a ground clearance of 188mm, which is only 10mm less than the Maruti Suzuki Vitara Brezza.

Despite looking tough from the outside, the WR-V’s cabin feels very similar to the Jazz’s interior. The first thing you’ll notice is the segment-fist sunroof, which when paired with the larger greenhouse amps up the sense of space. It can accommodate tall passengers quite easily as there is enough headroom and legroom. The seats, on the other hand, are quite soft and foamy, which is well and good for short distances but will give you some discomfort on long road trips. The top-spec WR-V comes with all the bells and whistles you’d expect. You get a smart key, push button start-stop, and cruise control. A 7.0-inch touchscreen infotainment system with built-in navigation and voice controls can also mirror your smartphone and double up as the display for the rear parking camera.

Ford EcoSport : The one that kicked off the segment in style. The EcoSport combines proper mini-SUV looks with sporty handling, top-shelf safety kit and a choice of three engine and two transmission options. There’s not much wrong with it, honestly.

Tata Nexon : Among the best vehicles to roll out of a Tata factory, the Nexon comes very close to acing the compact-SUV game. The funky styling, big 350-litre boot and some segment-firsts like an activity key make it a formidable force in the segment.

Hyundai i20 Active: Hyundai’s i20 Active is your friendly neighbourhood Elite i20 on stilts. It retains the plush interiors, the easy to drive nature and the host of tech. It’s nowhere close to being a SUV or a crossover, but is a fantastic cross-hatch nonetheless.