Thanks to a general lack of will among the public, plug-in hybrids haven’t fared too well in our country in the past. Can the Volkswagen Passat GTE change that? 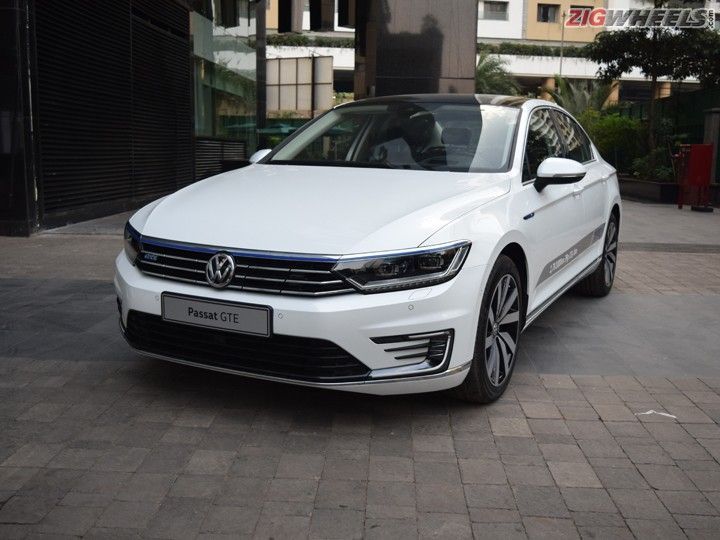 In a new world where we are genuinely scared at the prospect of running out of fossil fuels, no other alternative means of energy has truly been able to proclaim itself as its worthy successor and the answer to all our prayers. Electric energy is almost getting there, but they still are constrained by range limitations and the sheer weight of rechargeable batteries. Therefore, as a half-way measure, at least for now, hybrids are the way to go. The Volkswagen Passat GTE that we have here is just that.

At first glance, the Passat GTE, with its unassuming family sedan looks, isn’t exactly what you’d expect a cutting edge powertrain to sit in. But make no mistake, the plug-in hybrid setup underneath its hood is what will spearhead the change towards a greener tomorrow, if for nothing else, then just because it is so accessible to the common consumer.

The engine is the big centrepiece here so let’s get to it first. As with the Golf GTE, the Passat combines a 1.4 TSI petrol engine offering 155PS of power and 250Nm of torque with an electric motor to send a total of 218PS and 400Nm through a seven-speed DSG box. Due to the batteries, motor, cables and cooling system, the Passat GTE weighs 280kg more than the 1.4 TSI Passat, but can also travel in electric-only mode for 50 kilometres up to 130 kmph between four-hour charges.

Four driving modes are on offer: Hybrid, Battery Charge, GTE, and the aforementioned electric-only E-mode. In the GTE mode, the petrol and electric motor work in unison to provide a claimed 0-100 kmph time of 7.6sec and a top speed of 225 kmph. GTE mode also sharpens the throttle, firms up the steering, gearbox, and the optional damper settings for a more involving drive. Fully charged, Volkswagen says the Passat GTE boasts a theoretical range of up to 1000 kilometres, and a combined fuel consumption figure of around 70 kmpl.

Plug-in hybrids haven’t yet carved a niche for themselves in India yet, but Volkswagen seems to have noticed the success of the Toyota Camry hybrid which, thanks to its local assembly and competitive pricing, is giving its petrol sibling a run for its money here. But the Passat GTE goes one step further than the Camry hybrid in that it has an electric-only mode that is actually usable in real world conditions and at pretty high speeds. Moreover, the 9.9kWh lithium ion battery can be charged via any wall plug point, just like your phone or laptop. This is a big selling point because there still is a huge lack of public charging points in the country.

VW also offers a 3.6 kW quick charger, which takes just two and a half hours to fully charge the car. On the move, regenerative braking also does its part in charging the battery.

As for the styling, the Passat GTE is identical to its petrol-powered sibling save for the thin blue line above the radiator grille and horseshoe LED running lights that proclaim its green credentials. Internationally, it is offered in both sedan and estate body styles, but it is only the former that we will be getting in the country.

The interior is also a familiar story, except that now you lose the underfloor compartment to make way for the 50-litre fuel tank, which has had to move to leave some room for the lithium-ion batteries placed underneath the rear bench. The cabin is still light and airy, and the GTE still retains the ability to drop the split-fold rear seats for more luggage.

Up on the console, the tachometer has given way to an energy indicator and a second display for the battery charge. The central-mounted touchscreen now shows more information related to the hybrid system operation, such as the energy flow at any particular moment.

When it is launched here later this year, expect the Volkswagen Passat GTE to do battle with the likes of the Toyota Camry hybrid and the upcoming Honda Accord hybrid. With an expected pricing of around Rs 35 lakh, it certainly isn’t cheap by any margin, but think of all the goodwill you will earn offsetting your carbon footprint on this planet.