Hero MotoCorp has gone on the offensive in the scooter market with varied 110cc offerings for different audiences. We recently grabbed hold of the unisex one – the Hero Duet – to find out whether it lives up to its billing or not 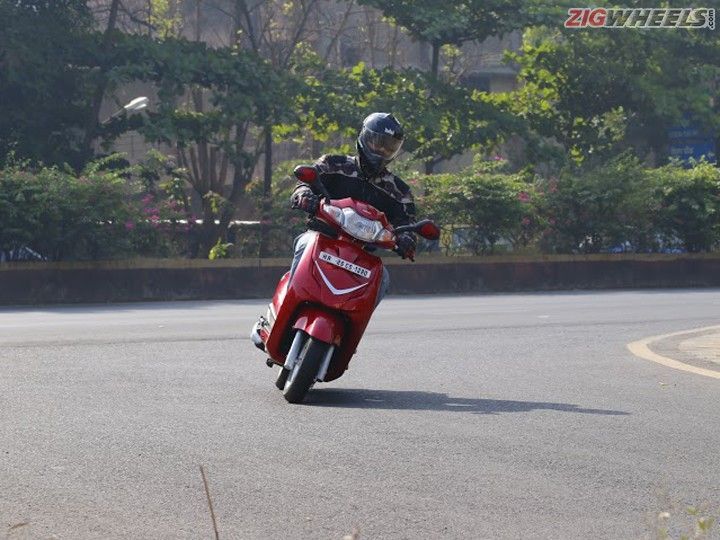 Ever since it parted ways with long-time partner Honda, the world’s largest two-wheeler manufacturer Hero MotoCorp has recognised the need to carve a niche for itself afresh. In the process, it has set up a sprawling new R&D facility near Jaipur and has rolled out the first set of in-house engineered and designed products.

Under the leadership of former BMW Motorrad chief Markus Braunsperger, this renaissance has particularly bolstered Hero’s scooter line-up with two brand new offerings. The already existing Hero Pleasure has got its masculine counterpart in the form of the new Maestro Edge, while the new Hero Duet has been placed as the family scooter to challenge the likes of the Honda Activa in this segment.

While we had presented to you a fair assessment of the Maestro Edge against its contemporaries recently, we now hop on its simpler cousin, the Hero Duet to find out whether it lives up to its billing as a unisex scooter.

Donning resplendent red hues, our Hero Duet mule looked particularly neat despite the design being nothing too outlandish. The headlight has been integrated into the handlebar unit while the metallic body adds a premium feel to the scooter. Dashes of chrome on the front and sides, 3-D chrome ‘Duet’ badging, dual-tone rear-view mirrors and multi reflector taillights further accentuate its appeal.

The Hero Duet sports a tidy analog instrument cluster with a digital odometer while the switches are also pretty uncomplicated. The switch gear quality, however, is not up to the mark but a pass switch makes up for it. A segment-first indicator for the side-stand and a service light also prove to be handy pointers on the console. Overall, the design speaks of style in simplicity, though the fibre quality on the dashboard is disappointing.

Talking of features, this is where the scooter begins growing on you. Among an array of offerings are telescopic forks upfront, integrated braking system, and an external fuel cap – meaning you wouldn’t have to get down from the scooter for refuelling. It also features an underseat bulb and a USB 3.0 port for charging your mobile phone which is a novel addition; given our ‘smart’ phones have dubious battery lives. The total underseat storage though is below par as it is unable to accommodate a full-face helmet.

The fuel cap is operated by a multi-functioned ignition key hole that also acts as the steering lock, the ignition and the remote seat release. The footboard also offers good grip and enough room, but the optional cargo box could cramp things up for taller riders.

While the multifunction keyhole is ergonomic, the kick-start pedal isn’t. It can only be used to crank the engine when the scooter is placed on the main stand.

Like its brawnier cousin, the Duet is also powered by Hero’s new 110cc air-cooled, four-stroke, single-cylinder engine that produces 8.4PS of maximum power at 8,000rpm and peak torque of 8.3Nm at 6,500rpm. However, the Duet is slightly slower off the mark because of its heavier physique, with the acceleration rated at 0-60 kmph in 9.8 seconds.

Notwithstanding the slight sluggishness initially, the CVT transmission is pretty responsive upon opening the throttle thereafter. The Duet comfortably manages to achieve speeds of 70-80kmph, beyond which vibrations can be felt through the footboard. NVH levels on the scooter are also on the higher side.

The sweet spot however, can be found at an idling speed of around 50 kmph, which is where you would ideally want to ride the scooter in the city. The only major downside here is that the engine is found wanting while ascending uphill as one needs to go pretty hard on the throttle in case of a steep climb. Overall, the powertrain looks largely refined and gives you good company both on the highway and inside the city.

The fuel tank capacity stands at a maximum of 5.5 litres. Refuelling it multiple times during mileage test runs, the fuel efficiency of the Hero Duet turned out to deliver 49kmpl in the city and around 53kmpl on the highway. This means an average of 51kmpl, which is a decent figure for a 110cc scooter.

While you might think quite highly of the Hero Duet already, this is where things get even more exciting. With telescopic forks at the front, as compared to the trailing link setup on the segment leader- Honda Activa, the Duet negotiates speedbumps, potholes and bad roads without breaking into a sweat. The hydraulic shock at the rear performs its duties equally well in tandem.

With the new chassis the handling is pretty good too. Although not meant to take on sharp corners and bends, the Duet can tackle them without giving you any sense of anxiety till speeds of around 40 kmph. Along with improved balance, because of the slightly heavier weight, identical 90/100-R10 tyres on both ends give you the confidence to manoeuvre effortlessly through tricky traffic, like the one typical of an average Mumbai evening.

The 130mm internal drum brakes on either tyre also expand progressively, whereas the Integrated Braking System (Hero’s version of the Combined Braking System) proves to be a boon for novice riders by preventing the locking of rear wheel.

The cushioning on the seat is tender, but is firm enough for extended rides. Though, my backside is somewhat sore from a couple of rather lengthy trips on the scooter during the weekend.

On the back of excellent handling and a myriad features, the Hero Duet ticks several right boxes despite an understated design. Combine it with good fuel economy and you have the perfect bike for the family – the image that Hero desires to create for it.

Despite being priced around a couple of thousand bucks inferior to consumer favourites like the Honda Activa 3G (Rs 49,517) and the TVS Jupiter (Rs 48,489), the Hero Duet, at Rs 47,100, has been outsold by its brawnier and more expensive cousin, the Maestro Edge that costs Rs 49,500 (all prices ex-showroom Delhi). It would largely boil down to the average looks of the scooter that have kept it from standing out in a crowd.

Hero’s USP, however, lies in its wide dealership network and committed after-sales service, propelled by which it has become the world’s largest two-wheeler manufacturer. So if you are on a hunt for a unisex scooter with underplayed looks, the Hero Duet can be a handy option.