The Nissan Magnite has intense competition within its segment. Let’s find out how it fares on paper 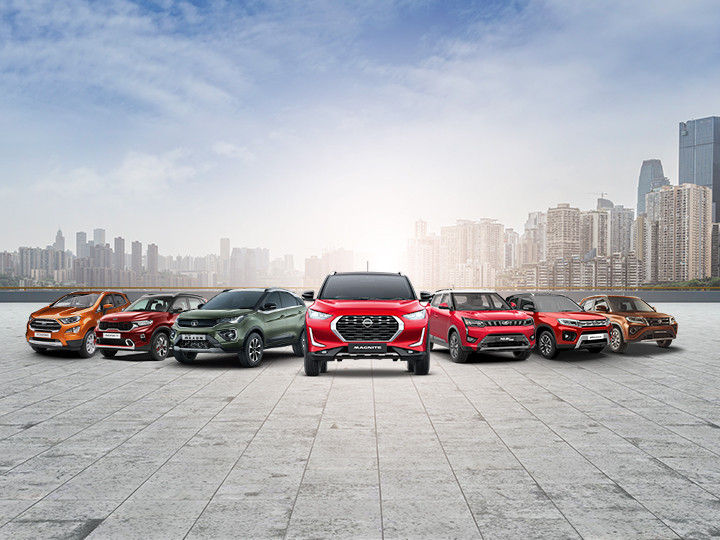 Nissan India recently unveiled the Magnite sub 4 metre SUV after a long period of teasers. The Magnite has a lot to ride on its shoulders as it could play a key part in  reviving the Nissan brand in India. And the job isn’t going to be easy as it will compete with the  Kia Sonet, Tata Nexon, Hyundai Venue, Maruti Suzuki Vitara Brezza, Ford EcoSport, Mahindra XUV300 and the Toyota Urban Cruiser. Here’s how it stacks up against the competition.

* Triber’s wheelbase, TBA -- To be announced

While the Magnite’s dimensions haven’t been revealed, it does have a 336-litre boot which is up to segment standards. As things stand, the Ford EcoSport remains the longest, with the Mahindra XUV300 being the widest. The Kia Sonet and Ford EcoSport remain the tallest, with the XUV300 having the longest wheelbase amongst the lot. Also since the Magnite shares its CMF-A+ platform with the Renault Triber, expect a wheelbase that’ll be pretty close to the 2600mm mark.

All the above SUVs are loaded with plenty of creature comforts with the most common ones being a touchscreen infotainment system, cruise control, climate control and keyless entry with push button start/stop. Despite the Nissan Magnite being fairly feature loaded, it does miss out on a sunroof, rain sensing wipers, as well as ventilated seats. On the bright side, it joins the Kia Sonet and Hyundai Venue in featuring wireless charging and is the only other SUV beside the Sonet and Ecosport to get ambient lighting and traction control.  The Magnite also gets an air purifier, fist-in-segment wireless Apple CarPlay and Android Auto, puddle lamps, rear AC vents as well as height adjustable drivers seat.

Safety isn’t compromised for either of the above models as all get a minimum of two airbags, ABS+EBD, parking sensors and camera. That said, the Magnite could have done more and added side and curtain airbags which the Sonet, EcoSport, XUV300 and Venue get, with the XUV300 having the most airbags at 7. The Sonet and XUV300 also are the only ones to also get front parking sensors. The Magnite also features a segment first 360-degree camera,  hill start assist and ISOFIX mounts.

While Nissan hasn’t revealed complete technical specs of the Magnite, we do know that it is the only model to be  paired to a CVT transmission. Also expect a 5-speed manual transmission option as the 1.0-litre turbo-petrol (code: HRA0) gets the manual in the Almera (new-gen Sunny). Meanwhile, the EcoSport remains the most powerful of the lot with the XUV300 being the torquiest. The Magnite was also expected to add in the Triber’s 72PS 1.0-litre naturally aspirated petrol unit since it shares the same platform. But so far Nissan has chosen to debut the turbocharged 1,0-litre petrol mill instead.

* all prices ex-showroom and are petrol variants

As things stand, the Magnite looks bold, is well equipped against its rivals, offers decent cabin space and gets a turbo petrol engine with a CVT. But Nissan will have to price it competitively in order to really decide the fate of this sub 4 metre SUV. Expect prices to start around Rs 5.5 lakh and go up to Rs 10 lakh ex-showroom with a launch scheduled for early 2021.