Apart from new paint schemes, is anything else new? We find out 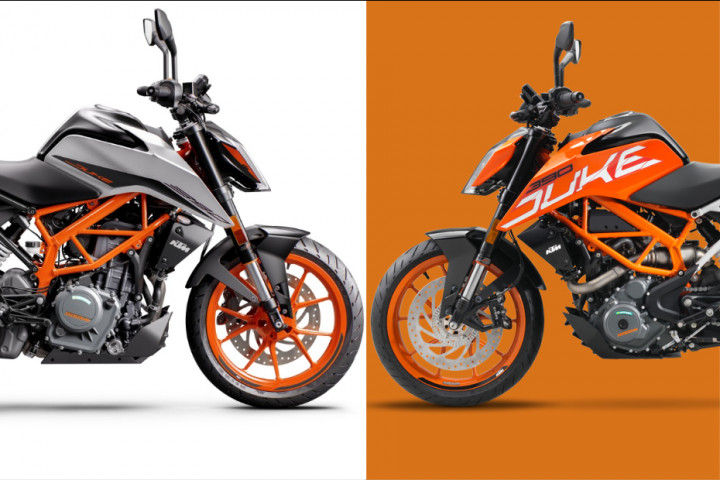 KTM went all guns blazing yesterday by launching its entire BS6 model lineup in India. Just to make things clear, the brand launched seven motorcycles. Yes, SEVEN! Apart from the KTM 200 Duke, the rest of the motorcycles have received a mild cosmetic update. But kudos to KTM’s design team to come up with some really cool paint options. And we know one of the question that’s bugging you right now if you are considering buying the KTM 390 Duke: “what’s the difference between the BS6 390 Duke and the BS4 model considering that the difference in price is just Rs 4,700?” Well, we may be able to help you with that.

The overall design of the BS6 390 Duke is the same as the BS4 model, but just by adding two new paint schemes and a few new decals, KTM has made the 390 Duke a bit more desirable. Apart from the new paint options, there are no new changes to report. The BS6 390 Duke is now available in two fresh new colours -- silver and white. And if we were you, we’d go for the silver option.

The previous 390 Duke was already equipped with a tonne of features. Now though, it has got a bi-directional quickshifter as standard. However, there’s an all-new 390 Duke in the works, which is reported to get some extra goodies over the current-gen motorcycle. Here’s what we are talking about.

We have seen BS6-compliant engines taking a hit in terms of performance in order to meet stringent emission norms. But not KTM, because although the 373cc motor is now BS6-compliant, it has the same power and torque figures as before (43.5PS and 37Nm). In terms of underpinnings, the BS6 390 Duke is exactly the same as the BS4 model. So you get a USD fork at the front and a monoshock at the rear and braking is handled by a 320mm front disc brake and a 230mm rear disc brake coupled with dual-channel ABS.