This funky looking 125cc scooter gets a new colour for 2020 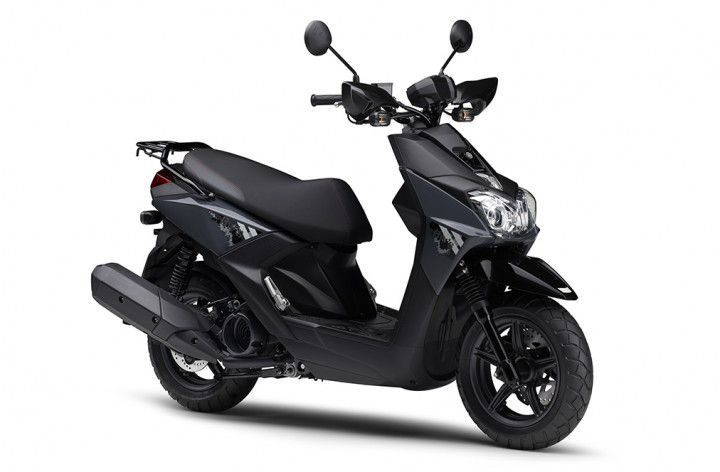 Yamaha has launched the 2020 edition of its quirky BW’S 125 scooter in Japan. The 125cc scooter attempts to combine the practicality of a scooter with the ruggedness of a dirt bike. For 2020, the BW’S 125 gets colour updates while underpinnings and powertrain remain unchanged.

The rugged-looking scooter gets off-road motorcycle influences in the form of chunky tyres, long-travel suspension, raised mudguard, exposed handlebar, knuckle guards and a rear rack. Features include an apron-mounted fuel filler cap, 29-litre underseat storage plus a cubbyhole on the front apron, digital instrument console and a quirky twin-beam halogen headlamp setup that includes a projector beam. For 2020, the Yamaha BW’S 125 gets a new Dark Blueish (sic) Gray paint job in addition to the previous Vivid Yellow colour scheme.

The Yamaha BW’S 125 is powered by a 124cc air-cooled and fuel-injected motor that delivers 9.8PS at 7500rpm and 9.9Nm at 6000rpm. Power is delivered to the rear wheel via a variomatic transmission. Underpinnings include an underbone frame with telescopic forks and dual shock absorbers. The scooter gets 12-inch alloy wheels with fat 12-section front and 130-section rear dual-purpose tubeless tyres. Braking is via disc brakes at both ends.

Yamaha has priced the BW’S 125 at 3,35,500 Yen (Rs 2.38 lakh) in Japan. While we do not expect to see the BW’s 125 being launched in India anytime soon, Yamaha does sell the Ray ZR Street Rally 125, which gets similar features like chunky dual-purpose tyres and knuckle guards, here.