Honda Rebel Too Small For You? Enter The 2020 Yamaha Bolt 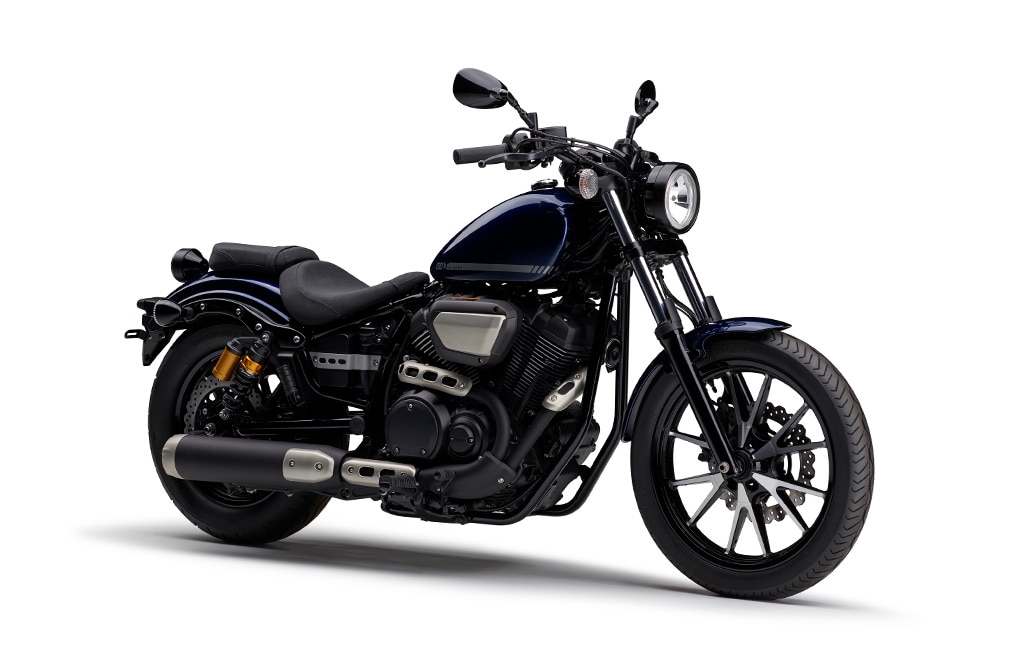 When you think of cruisers, you automatically think of American manufacturers, but Yamaha wants to get in on the action with its Bolt. The bike has received an update for 2020 which brings with it a fresh new look, and the Bolt is now available in two variants: Standard and R-Spec.

The overall styling of the bike fits into the bobber requirements, with a steeply-sloped teardrop-shaped fuel-tank, low split seats and chopped fenders. The short, fat handlebars give the bike a butch sportster stance and the 950cc V-twin motor forms the centrepiece of the design.

This SOHC 4-valve engine manages a not-so-impressive 54PS but a reasonably healthy 80Nm, and drives the rear wheel via a 5-speed gearbox and cruiser-style belt drive. The standard bike has a more subdued and classic look with wire-spoke wheels while the R-Spec version gets flashier alloys and contrasting shock reservoirs to give it a more urban and modern look.

There is a recurring theme of roundness all across the motorcycle, seen on the headlight, tail-lamp, turn indicators and the digital instrument cluster. The Bolt is held together by a double-downtube frame suspended on a conventional fork and twin shocks, and stopped by disc brakes at both ends. The 252kg kerb weight is hefty but par-for-course in this segment, and the extremely accessible 690mm seat height should make things manageable.

The Bolt goes up against true-blue Americans like the Harley-Davidson Iron 883 and also other Japanese offerings like the Suzuki Boulevard C50. Prices start from $7,999 (approx Rs 6.10 lakh) but the Bolt is unlikely to make its way over to India anytime soon.