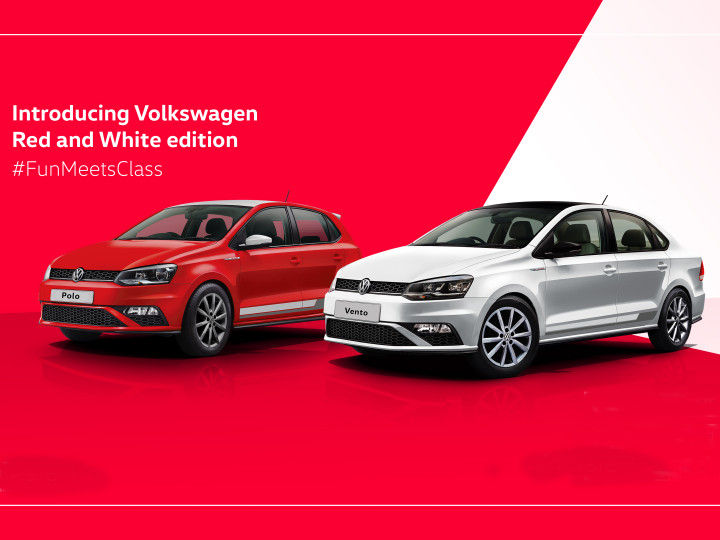 The Red And White Edition cars get their own unique colour schemes. The Polo is offered in three shades: Flash Red/White, Sunset Red/Black and Candy White/Black while the Vento is offered with the last two options. This is also the first time VW is offering a white roof on the Polo. Both models get body decals on the doors and ‘Red and White’ badging on the front fenders.

Apart from the new colour schemes and the lower-spec AT variants, both models remain unchanged. They are powered by VW Group’s 110PS/175Nm 1.0-litre turbo-petrol engine. While this engine is offered with a 6-speed manual transmission, the Red and White Edition can only be had with a 6-speed torque converter automatic.

The Polo and Vento are some of the oldest models in their respective segments. The Red and White editions add a dose of sportiness and could pull more customers to the showroom. Both models can be booked online or via your closest Volkswagen dealer.

The Polo rivals the Maruti Suzuki Baleno, Tata Altroz, and the upcoming Hyundai Elite i20. The Vento, on the other hand, locks horns with the Maruti Suzuki Ciaz, Skoda Rapid, Hyundai Verna, Honda City, and Toyota Yaris.