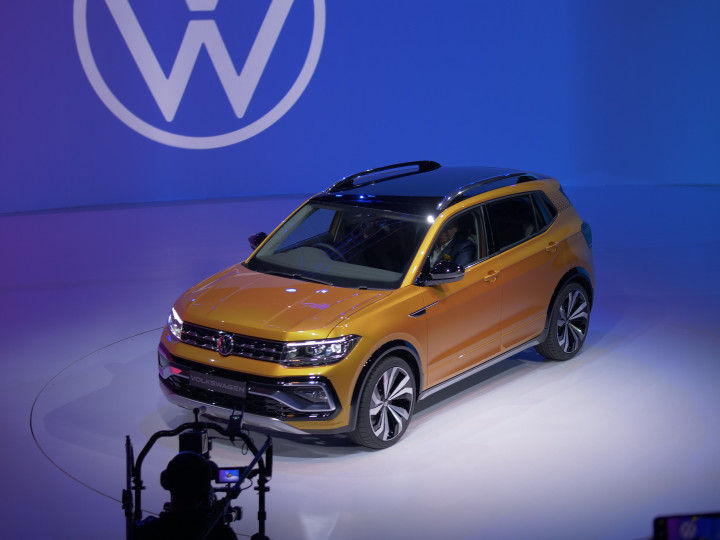 Skoda Auto Volkswagen India seems to have set all the pieces in motion for its 2.0 strategy. After announcing the launch timeframe for the first made-in-India Skoda SUV, it has now hinted at the same for the Volkswagen Taigun, and on Twitter no less. VW India’s tweet contained the words “Taigun expected to launch by mid-2021,” which is around the same time as its sibling, the Vision IN. However, the VW SUV will reach showrooms only post the launch of the Vision IN.

Based on the VW’s heavily localised MQB-A0-IN platform, like the Vision IN, the Taigun made its debut at the VW Group night in a close-to-production form and was also showcased at the Auto Expo 2020. The SUV featured LED headlamps and connected LED tail lights. Expect it to get features such as connected car technology, ambient lighting, a 10.1-inch touchscreen infotainment system, and a 10.25-inch digital instrument cluster. Safety features offered on board could consist of multiple airbags, ABS with EBD, rear parking sensors, and a rear parking camera.

Like the Vision IN, the Taigun is expected to be offered with the same choice of two turbo-petrol engines: a 110PS/175Nm 1.0-litre TSI and a 150PS/250Nm 1.5-litre TSI. The 1.0-litre turbo-petrol, seen in the Polo, Rapid, and Vento, is expected to be offered with a 6-speed manual gearbox and a 6-speed torque converter transmission. The 1.5-litre turbo-petrol engine, seen in the T-Roc, is likely to come with a 7-speed DSG as standard.

Thanks to its heavy localisation and VW’s strategy, expect the Taigun to be priced around Rs 10 lakh. It will lock horns with the Kia Seltos, Hyundai Creta, Tata Harrier, and MG Hector.