Volkswagen Has Unleashed Its Most Powerful Golf Ever, The Golf R

Aside from all-out performance, there’s also bits that make the hot hatch stand out from its siblings 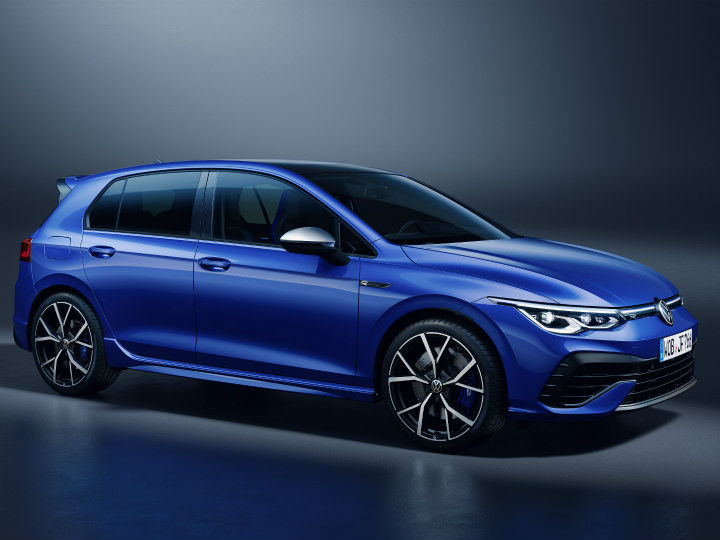 Back in February 2020, Volkswagen had debuted three performance-oriented Golfs with different flavours: the GTI, GTE and the GTD. And now, the carmaker has added even more oomph by revealing the next-gen Golf R. If you thought the other Golf variants were spicy enough, wait till you get a load of what the Golf R is packing:

The biggest highlight of the Golf R is under the hood. Powered by a 2.0-litre turbocharged TSI four-cylinder motor, it pushes 315PS of grunt and 420Nm of twist. This is a jump of 27PS and 20Nm over its predecessor, making it the most powerful Golf R in existence. Paired with either a six-speed manual or 7-speed DSG automatic gearbox and 4Motion all-wheel drive, it goes from standstill to 100kmph in just 4.7 seconds and tops out at 250kmph.

Aside from outright power, there’s also some tech wizardry going on under the skin. Its 4Motion all-wheel drive system gets a new rear differential that distributes power variably between the front and rear axles. It also gets torque vectoring that is capable of sending 100 per cent of torque towards the outside wheel, therefore giving it more grip and helping you push out of a corner.

Its suspension has been re-tuned, with the hot hatch sitting 20mm lower than before.  And with the added performance, you get more stopping power thanks to a larger brake master cylinder and bigger front discs. There’s also the  Special and Drift driving modes for the Golf R. This is in addition to the Comfort, Sport, Race and Individual  drive modes already present. The former is essentially a driving mode specifically set up to tackle the Nurburgring circuit, whereas the latter, as the name suggests, is for those who prefer to have a really loose rear end to let the tail slip out.

The cabin is pretty familiar to the standard model, consisting of a R-themed 10-inch touchscreen infotainment system, and the Digital Cockpit driver’s instrument display. There are some differences like sports seats with Nappa leather, blue accents and R badging all around. There’s also a specific R button on the steering wheel that activates Race mode directly.

There will be a long wait for those wanting to get their hands on the new Volkswagen Golf R as sales will commence in the U.S. only around the latter half of 2021. Will this hot hatch ever make it to India? Highly unlikely as we don’t even have the standard Golf on sale in India. That said, Volkswagen India is preparing to introduce the Creta-rivalling Taigun soon and the facelifted Tiguan around that time period.