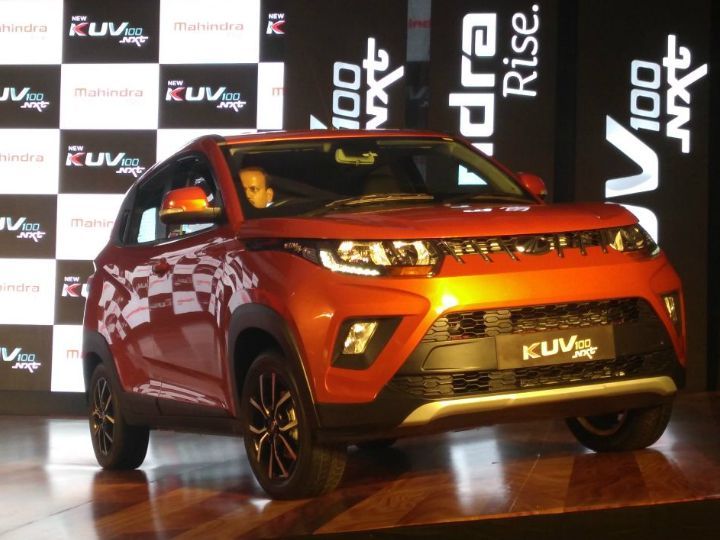 Mahindra will launch the updated KUV100 on October 10. The 'micro-SUV', as Mahindra insists on calling it, is their most affordable offering in the market.

Changes will strictly be of the cosmetic variety. This includes a revised front bumper, new 15-inch alloy wheels and updated detailing on the taillamp. The quirky shape of the KUV remains unaltered with the update. Notably, this is the vehicle's first significant update since its launch in January 2016. Earlier this year, Mahindra had introduced a mildly updated version of the KUV, that seemed like a knee-jerk reaction to the then new Ignis.

On the inside, the KUV is expected to remain unchanged. The updated KUV100 will be available as a 5- and a 6-seater, much like before. The addition to the cabin will be a new touchscreen infotainment system. This is likely to be the same unit Mahindra introduced in the TUV300 T10. To accommodate the new screen, the rotary dials for the air-conditioning have been redesigned as well.

Engine options are likely to remain unchanged. The pair of three-cylinder engines - the G80 (petrol) and the D75 (diesel) - will soldier on under the hood of the updated KUV100. Power figures are likely to remain unchanged at 83PS/115Nm (petrol) and 75PS/190Nm (diesel). There's no word on an automated manual transmission either. This means the dash-mounted 5-speed manual is your only choice right now.

Mahindra's oddball takes on run-of-the-mill hatchbacks such as the Hyundai Grand i10 and the Maruti Suzuki Swift. It has to deal with the Maruti Ignis as well now, that brings its own brand of quirk to the table. We're expecting prices to be similar to the current Rs 4.63 lakh to Rs 7.40 lakh range.