The moped is now available in Standard, Comfort and Special Edition variants 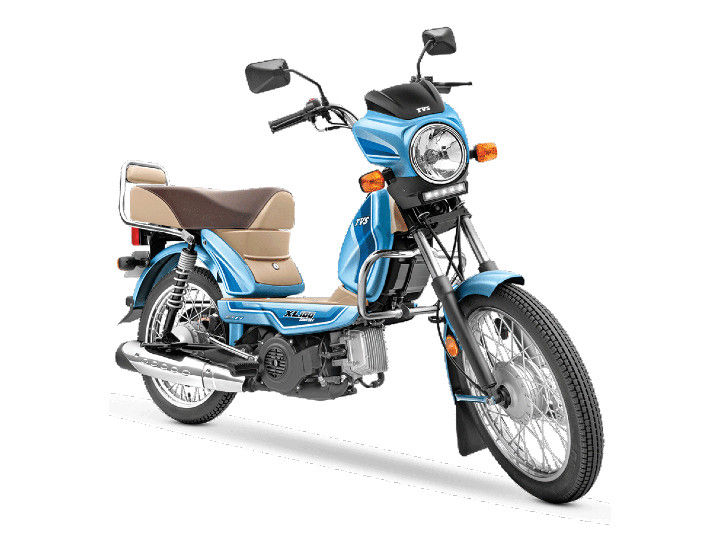 TVS has launched the XL100 BS6 range in India. Called the TVS XL100 Heavy Duty i-Touchstart, the moped is available in three variants: Standard, Comfort and Special Edition, priced at Rs 43,932, Rs 43,602 and Rs 42,362, respectively (all prices, ex-showroom, Mumbai). That’s a hike of around Rs 3,500 over its respective BS4 variants.

Also read: The Best Tourers In The World Are The Slowest Ones

The increase in price can be attributed to the new BS6-compliant motor. Its 99.7cc air-cooled engine now features fuel injection that not only helps with cleaner emissions but also improves fuel efficiency by a claimed 15 per cent. Power output remains the same -- 4.4PS at 6000rpm and 6.5Nm at 3500rpm. It continues to use a single-speed gearbox with a centrifugal clutch.

Also read: This Custom TVS Moped Could Be Just What You Need At The Beach

The BS6 range continues to use an underbone frame with telescopic forks and twin shock absorbers. The addition of fuel injection and a catalytic converter adds 3kg and it now weighs 89kg. It gets 16-inch spoke wheels with tube-type tyres. Braking is via 110mm drum brakes on both ends.

Besides the XL100, the TVS Jupiter, Ntorq 125, Star City Plus, Radeon, and the entire Apache range are now BS6 compliant.