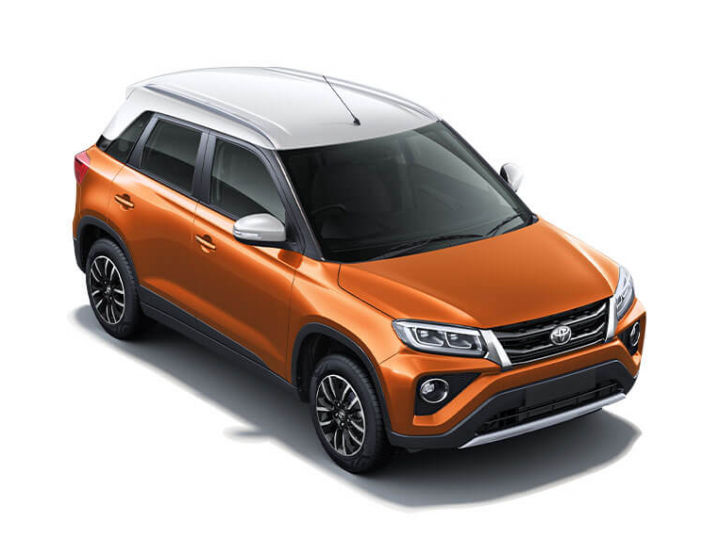 Toyota India will foray into the sub-4 metre SUV segment with the Urban Cruiser that’s set to be launched on September 23. The Urban Cruiser is essentially a rebadged Maruti Suzuki Vitara Brezza and will be offered in three variants: Mid, High and Premium. Now, we’ve got our hands on the Urban Cruiser’s variant-wise feature list, which includes only comfort and convenience-based features.

The Toyota Urban Cruiser’s entry-level variant is equivalent to the Vitara Brezza’s VXI variant. It comes with features such as:

The corresponding variant in the Vitara Brezza also comes with all the mentioned features.

The mid-spec variant of the Urban Cruiser comes with all the essential features one would require. In addition to the above-mentioned features, it also gets the following:

Both the Mid and High variants are offered with monotone colour options only. The choices are white, silver, blue, grey, orange and brown. The last colour is exclusive to the Urban Cruiser, while the red colour option is limited to the Maruti Suzuki Vitara Brezza.

The top-spec variant further adds niceties such as:

This is also the only variant that can be had with the dual-tone colour options: blue/black, brown/black and orange/white. The last two are exclusive to the Toyota while the grey/orange option is limited to the Maruti.

The Urban Cruiser is powered by a 1.5-litre petrol engine that develops 105PS of power and 138Nm of torque. All three variants can be had with either a 5-speed manual transmission or a 4-speed torque converter. Automatic variants also benefit from a mild-hybrid system that packs functions like start-stop and torque boost.

Prices for the Urban Cruiser will be announced on September 23 and we expect it to start from Rs 8.25 lakh (ex-showroom). You can have a look at variant-wise pricing here. The Urban Cruiser will lock horns with the Hyundai Venue, Kia Sonet, Ford EcoSport, Tata Nexon, Maruti Suzuki Vitara Brezza and Mahindra XUV300.