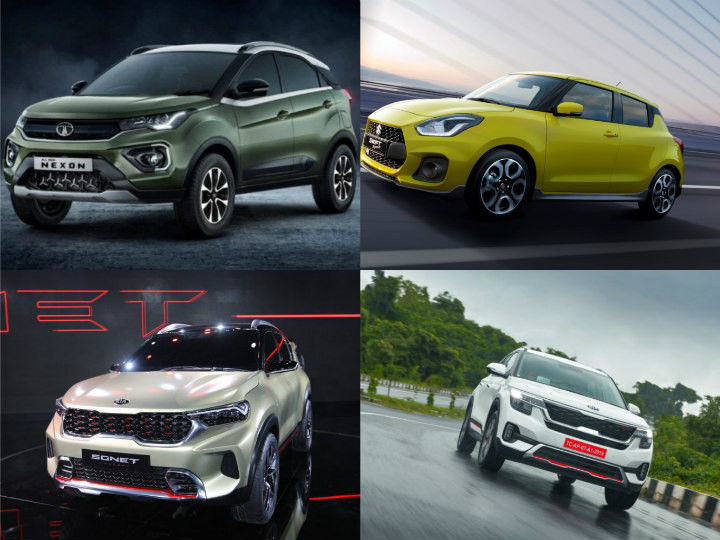 The past week has seen the Indian automotive industry continue to chug along despite the lockdown and the start of the BS6 era being a rocky one due to it. It kicked off with the Kia Sonet being spied in production form and more news on its launch timeline. Following that was the launch of a more affordable top-end Tata Nexon XZ+(S) variant with a sunroof. This week also saw the after effects of the lockdown on car sales, with more BS4 cars being discontinued. Here’s all about it:

Tata Motors launched a new XZ+(S) variant of the Nexon, at a price tag of Rs 10.10 lakh (ex-showroom). It is based on the range-topping XZ+(O) variant, and retains bits like the sunroof, cruise control, and 7-inch touchscreen infotainment system. It is also Rs 30,000 cheaper than the XZ+(O) variation across all engine and gearbox options. However, it misses out on Tata’s iRA connected car tech which includes live diagnostics, live location, and geo-fencing that can be accessed through a smartphone app. Head here for more about it.

The Kia Sonet sub-4m SUV that made its debut in concept form at Auto Expo 2020, has been spotted testing near the company’s manufacturing facility in Anantapur, Andhra Pradesh. While the majority of the car was under wraps, the Sonet sported a different wheel design. In addition to this, the Sonet was originally expected to be launched in August 2020. However, it could be delayed until October due to the ongoing coronavirus pandemic. To know more about what to expect from the Sonet, head here.

April 2020 finally saw the 2019-20 automotive season that occurred from April 2019 to March 2020 come to an end. However, sales in the final month in March 2020 was affected due to the lockdown situation with drops ranging from 50 per cent and above compared to 12 months ago. In all this, the major winners were Maruti Suzuki, Hyundai and Kia Motors. The carmakers that took the biggest hits were Tata Motors, Honda, and Mahindra.  To know more in detail, head here.

As we finish off the second week of the BS6 era, more BS4 vehicles have been given the axe. In Volkswagen’s case, the carmaker has silently discontinued the Ameo and Tiguan. The sub-4m sedan Ameo was launched in India back in 2016 and was priced from Rs 5.94 lakh to Rs 10.00 lakh (ex-showroom). On the other hand, the Tiguan debuted here in 2017 and was sold at a price tag of Rs 33.13 lakh. The other axe came from Honda with BS4 diesel variants of the City being discontinued.  It could return in the next-gen City that is expected to debut later this year. In Audi’s case, their BS4 inventory of the Audi A3 And Q3 has been sold out, with BS6 stock awaited.

For a long time there have been no indications of Maruti Suzuki ever bringing the more aggressive Swift Sport hot hatch to India, until now. A third-generation Swift Sport has been spied in India for the first time. Some highlights of the Swift Sport include aggressive bodywork, sportier alloy wheels, red-themed interior and mainly a more powerful 1.4-litre Boosterjet turbo petrol engine that produces 140PS of power and 230Nm of torque. Head here to know more.

With the lockdown situation rendering customers unable to physically visit dealerships, Hyundai has expanded its Click To Buy online sales platform to 500 dealerships across India. This platform serves as an additional sales channel for Hyundai’s dealerships to create additional opportunities for remote interaction with customers, especially during periods when customers are unable to visit showrooms. Head here for more.