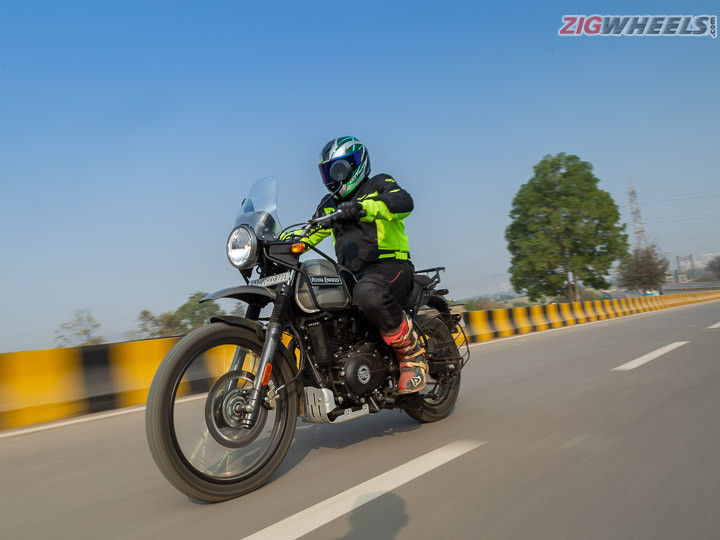 TVS Eurogrip recently organised this year’s edition of ‘Tread Talks’, an interactive session on everything that goes into making one of the most crucial components of a two-wheeler, the tyres. Apart from receiving insightful knowledge on how tyres are manufactured, we also learnt the brand is planning to launch its off-road range as well as premium lineup for middleweight motorcycles (around 650cc) over the next few months, before the end of this calendar year.

As far as the upcoming off-road tyre range is concerned, expect the brand to soon offer aftermarket tyres for bikes such as the Royal Enfield Himalayan, KTM 250 Adventure, and 390 Adventure. In the premium range, TVS is likely to launch aftermarket tyres for the best-selling motorcycles in the middleweight segment: Royal Enfield Interceptor 650 and the Continental GT 650. The former recently received tyres from Ceat as standard. Introducing tyres for big bikes has been a part of the brand’s global programme for this calendar year, so the slightly higher-end range could also include bikes like the Kawasaki W800 and Z650.

Currently, TVS Eurogrip is the OEM for TVS Apache RTR 160 4V and the Apache RTR 200 4V range. The company is in talks with several other manufacturers to expand its portfolio. TVS Eurogrip also says that it is the only tyre manufacturer in India that’s capable of producing both types of radials: Cross Belt Radials and Zero Degree Strip Radials with textile belts. Also Read: BS6 Royal Enfield Interceptor 650 Real World Test

The recent ban on certain types of tyre import has had a positive effect on homegrown tyre manufacturers, including TVS Eurogrip. The brand says the aftermarket segment, especially the Radial tyre category, has recently witnessed an uptick. It is currently holding talks with both OEMs and CKD operations, and hopefully, it will be able to capitalise on the new market opportunity. After all, the primary purpose of the ban was to encourage local players to level up their businesses.

The brand had also announced its planned capital expenditure of Rs 1,000 crore in December 2020 to ramp up manufacturing in its Madurai (Tamil Nadu) and Pantnagar (Uttarakhand) plants. The company plans to spread the investment over a three-year period, and by the end of it all, hopes to increase its two-wheeler tyre capacity by 25-30 percent.