The larger wheels come at a premium of Rs 4,000 premium 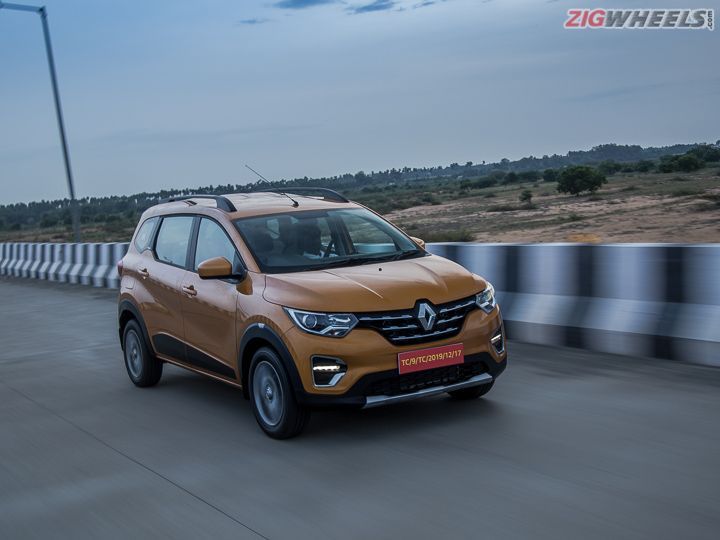 The Renault Triber, which made its global debut in India on August 28, is quite a unique vehicle in that it offers seating for seven while measuring under four metres in length. But while the triber scores high on versatility, it skimps on some essential features such as steering-mounted audio controls, height adjustable seats, and fog lamps. Renault has now announced that the top-spec variant of the Triber, the RXZ, will now be offered with larger 15-inch steel wheels instead of the 14-inch units offered earlier. This has resulted in a price hike of Rs 4,000, with the RXZ variant now being priced at Rs 6.53 lakh (ex-showroom).

Other variants of the Triber - RXE, RXL, and RXT - will continue to be offered with 165/80 R14 tyres and steel wheels. Renault, meanwhile offers something called Stylish Flex wheels, which are smartly designed steel wheels with wheel caps that’ll pass off as alloy wheels to the untrained eye. Now though, Renault is offering the RXZ with 15-inch steel rims with a tyre size of 185/65. If you want alloy wheels, Renault offers a dual-tone 14-inch alloy wheel as an accessory.

Other than this, the Triber remains the same with no changes. The sub-4m MPV uses a 1.0-litre 3-cylinder Energy petrol motor that develops 72PS of power and 96Nm of torque. These figures are sent to the front wheels through a 5-speed manual.  The Triber’s main forte is its modular seating options that can help it transform between a two, four, five or seven seater.

The Triber doesn't have any rivals as such. However, it competes with hatchbacks like the Maruti Suzuki Swift, Ford Figo, and the Hyundai Grand i10 Nios with respect to price. The Triber is also turning out to be a saviour for Renault India as it has helped the brand post a 63 per cent growth in October 2019 along with the new Kwid.