Over 1,110 units have already been delivered to customers across the country on the first day of commencement of sales 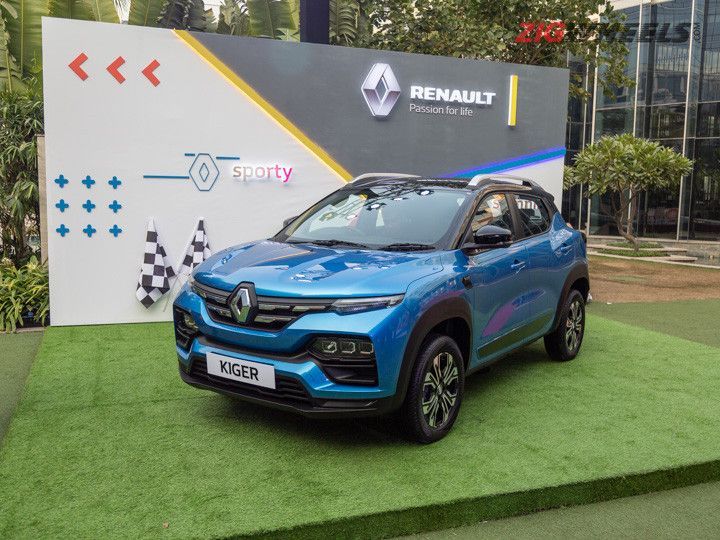 After an announcement last week, Renault India has now commenced deliveries of the Kiger sub-4 metre SUV. And it's already off to a quick start as over 1,100 units were delivered to customers across the country on the first day of commencement of sales. Launched on February 15, the Kiger heavily undercuts its uber competitive segment with prices ranging from Rs 5.45 lakh to Rs 9.55 lakh (ex-showroom) just like the Magnite.

Based on the CMF-A+ platform, which also underpins the Nissan Magnite, the Kiger sports a muscular stance with a bold grille, split LED headlamps, trendy 16-inch diamond-cut alloy wheels and C-shaped LED tail lights. Six color options are on offer namely, blue, red, brown, silver, white, and grey. There’s also the option of a dual-tone black roof across the range.

Powering the Kiger is a 72PS 1.0-litre naturally aspirated (NA) petrol engine and a 100PS 1.0-litre turbocharged petrol. Both engines are paired to a 5-speed manual transmission as standard. However, the NA engine gets an AMT automatic gearbox option, whereas the turbocharged unit gets a CVT option. We’ve also had our first taste of the Kiger, which you can read more about in our first drive review.

Renault is also offering some optional add-ons for the Kiger like a wireless charger, an air purifier, as well as five accessory packs to choose from. These packs range from Rs 5,924 to Rs 38,205. The Kiger takes on the Nissan Magnite, Kia Sonet, Hyundai Venue, Ford EcoSport, Mahindra XUV300, Maruti Vitara Brezza, Toyota Urban Cruiser, and the Tata Nexon.