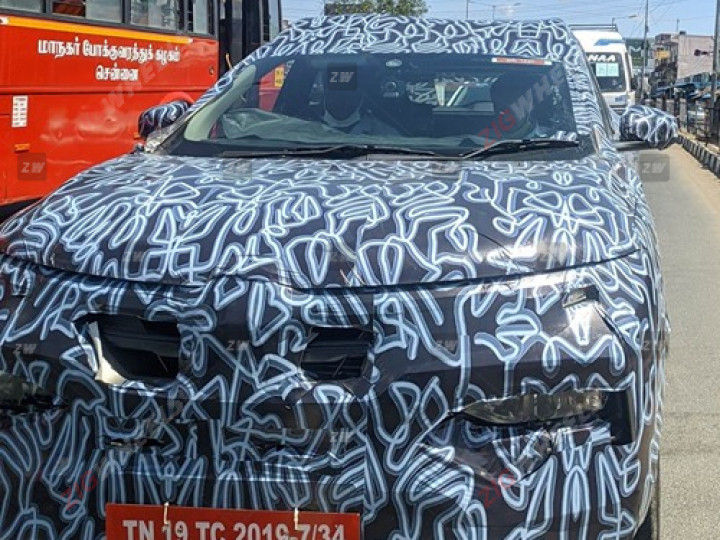 We all know that Renault is cooking up a sub 4-metre SUV that will lock horns with likes of the Maruti Suzuki Vitara Brezza, Tata Nexon, and the upcoming Nissan Magnite. Codenamed the HBC, it was initially expected to debut at Auto Expo 2020. Now, with lockdown restrictions being eased across the country, Renault has begun testing the SUV again.

One look at the HBC and you know its design is reminiscent of the Kwid. The HBC is expected to be based on a slightly more advanced version of the Kwid’s CMF-A platform, same as the Triber. It features a bold Renault grille, flanked by split headlamps with LED DRLs. The profile has a crossover vibe and Renault could even butch it up with body cladding.

The interior of the HBC is yet to be seen. That said, it could borrow plenty of bits from the Triber’s cabin. Expect the HBC to come loaded with features like a touchscreen infotainment system with Apple CarPlay and Android Auto, climate control, cruise control, digital instrument panel, keyless entry with push-button start, and steering-mounted audio controls. Expected safety features include up to four airbags, ABS with EBD, rear parking sensors, and a rearview camera.

The HBC is expected to get an aggressive starting price of Rs 6 lakh (ex-showroom). Expect it to reach showrooms by Diwali this year. It is likely to be named ‘Kiger’ as per the patent filed by the carmaker.