Can it make a strong case in the uber competitive sub-4 metre SUV segment? 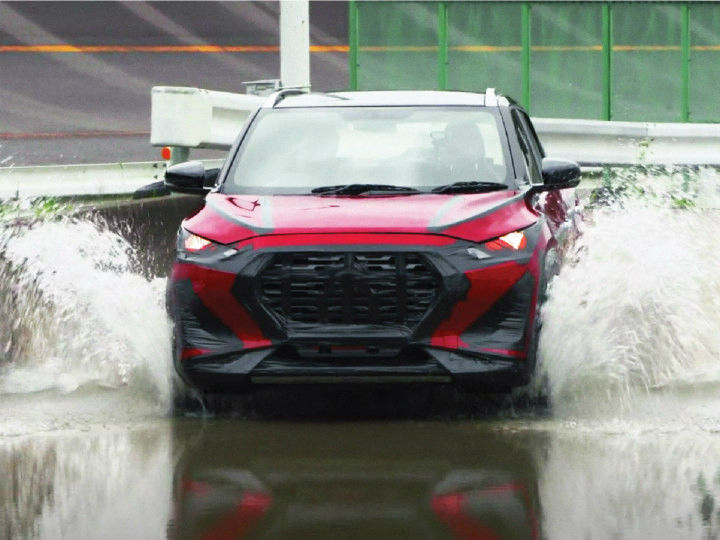 UPDATE: Nissan has unveiled the Magnite SUV in the country.

After a concept unveiling in July 2020 and several teasers, Nissan is all set to debut the production iteration of the Magnite sub-4 metre SUV. While there’s still some time before it goes on sale around early-2021, here are five key things you can expect from the Magnite:

Thankfully, official testing images reveal the Magnite will retain most of its bold design bits from the concept. Notable ones include a large single-piece front grille, L-shaped fog lamps, and sleek LED headlamps. Elsewhere you get a muscular silhouette, body cladding, faux skid plates, and split wraparound LED tail lamps. It also gets a funky set of dual-tone alloy wheels that look similar to the concept.

Cabin images are yet to be revealed, but the concept showcases a minimalistic layout. Don’t mistake that for barren though, the Magnite is set to be loaded with equipment. This includes an 8-inch touchscreen infotainment system with Android Auto and Apple CarPlay, 360-degree camera, connected car tech, climate control, and a digital instrument cluster. Expect safety kit such as dual-front airbags, ABS with EBD, and electronic stability control.

Nissan will likely launch the Magnite at a competitive price starting from around Rs 5.5 lakh (ex-showroom).

The Nissan Magnite will have intense competition in the sub-4 metre SUV with rivals such as the  Hyundai Venue, Maruti Suzuki Vitara Brezza, Ford EcoSport Mahindra XUV300, Kia Sonet, and Toyota Urban Cruiser.