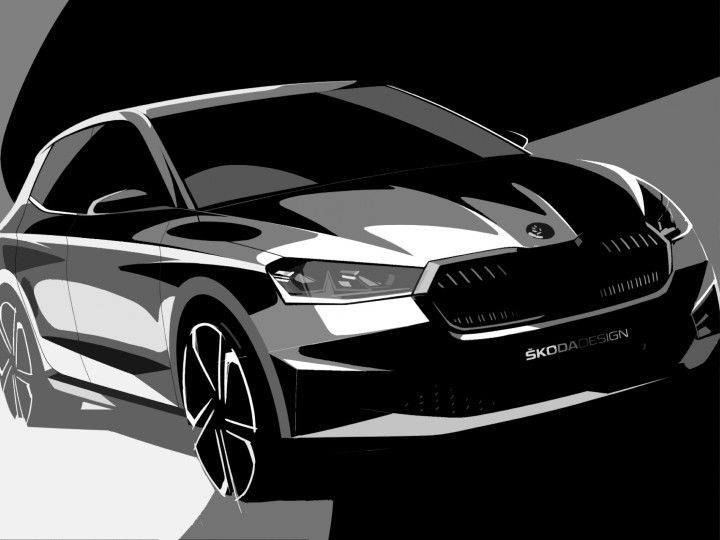 More details about the fourth-gen Skoda Fabia continue to come up as we head closer to its reveal in May 2021. This time, the carmaker has released design sketches of the hatch, giving us a glimpse of the sharper styling and a redone front fascia.

The sketches show precision styling on the Fabia, thanks to the prominent character lines and massive wheels. The door handles and mirrors are missing this time. But you’d want to take all of this with a pinch of salt, as most of the changes mentioned above will not likely make it to the production-spec car.

Images of the camouflaged production model released previously hinted at a slightly mellow design language but still more distinct and well-defined than its predecessor.

You also see the new LED headlights extending to the butterfly radiator grille and integrated L-shaped DRLs. At the back are the new LED taillamps with crystalline elements, which is classic Skoda.

The Fabia has grown in dimensions now that it uses for the first time Volkswagen Group’s smallest modular platform, the MQB-A0. Its length and width have gone up by 111mm and 48mm, respectively. The wheelbase has also extended by 94mm over that of its predecessor, which should result in increased rear-seat legroom.

Skoda claims the hatch to be more aero efficient, with a drag coefficient of 0.28. The adjustable cooling shutters in the front bumper’s air intake will help its aerodynamics and fuel efficiency.

Here are the detailed engine specs:

In India, we could get the next-gen Skoda Fabia and the new Volkswagen Polo around 2023, considering we already have the localised version of the MQB-A0 platform, the MQB-A0-IN. If it does launch here, the Fabia will take on the Hyundai i20, Tata Altroz, Honda Jazz, and Maruti Suzuki Baleno.