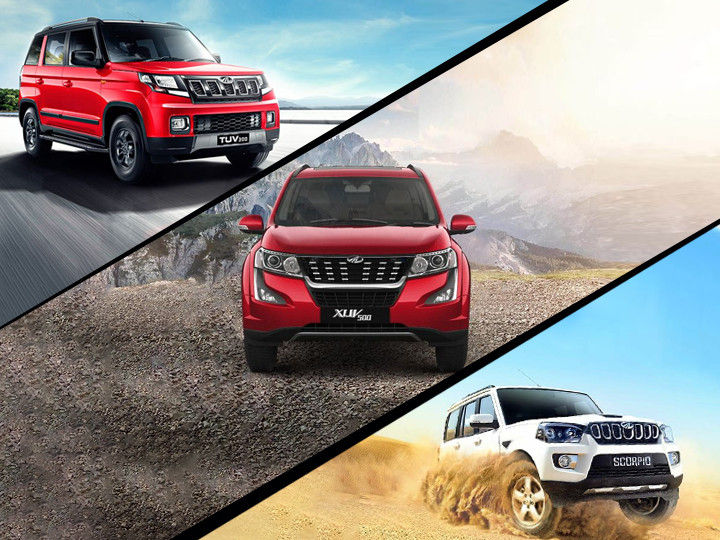 Mahindra looks pretty optimistic about 2021, much like all of us. From spy shots to a greener future, the Indian carmaker hopes to continue the success it enjoyed in the second half of 2020, with the new Thar, all the way into next year. So let’s take a look at what Mahindra has lined up:

The XUV500 is finally ready for a generation leap and it looks like it will come with a lot of premium upgrades, or at least that’s what the spy shots suggest. A Mercedes-Benz-inspired interior featuring large twin floating displays have added to the hype. What’s more, the SUV looks set to become the most affordable car with Level 1 autonomous technology in India with features such as auto emergency braking, lane keep assist and adaptive cruise control, a title currently held by the MG Gloster. The new XUV500, which is expected in Q1 2021, will be Mahindra’s first major launch next year.

The TUV300 is yet to debut ever since the BS6 emission norms came to be. That said, the second facelifted version of the car will not just get cosmetic upgrades, but also a BS6-compliant 1.5-litre diesel engine and an updated features list. It will also be pedestrian safety compliant thanks to a redesigned front end. The TUV300 Plus will also get a similar facelift along with a 2.2-litre BS6 diesel engine.

The Marazzo was lined up to get an automatic gearbox for a while. However, it seems that won’t be the only addition. In 2021, the Marazzo is likely to get new 1.5-litre turbo-petrol-powered variants along with automatic options. The new petrol could bring its starting price down to make it a worthy competitor against the Maruti Suzuki Ertiga and XL6.

Mahindra has been testing the third-gen Scorpio for a while now, just like the new XUV500. The Scorpio is expected to debut around mid-2021 after the XUV500. The body-on-frame SUV, which is likely to be sold alongside the current-gen version, might get a slightly different name. The carmaker has trademarked the names Scorpio Sting and ScorpioN, indicating a more powerful variant to distinguish between the two generations. This time around, it will get both petrol and diesel engines, same as the new Thar.

Mahindra showcased the electric counterpart of the XUV300 at Auto Expo 2020. The electric SUV will rival the Tata Nexon EV in terms of long-range capabilities (Nexon EV does an ARAI-claimed 312km) and pricing. Expect prices to start from around Rs 14 lakh (ex-showroom) when it is launched in 2021.

Seems like Mahindra has a lot in store for an exciting year ahead. The carmaker has enjoyed huge success since the launch of the second-gen Thar on October 2, with the SUV being sold out for the next nine months. However, Mahindra will be starting the year with a price hike for its off-road SUV.