The iDrive 8 will debut in the upcoming electric iX SUV followed, by the electric i4 sedan 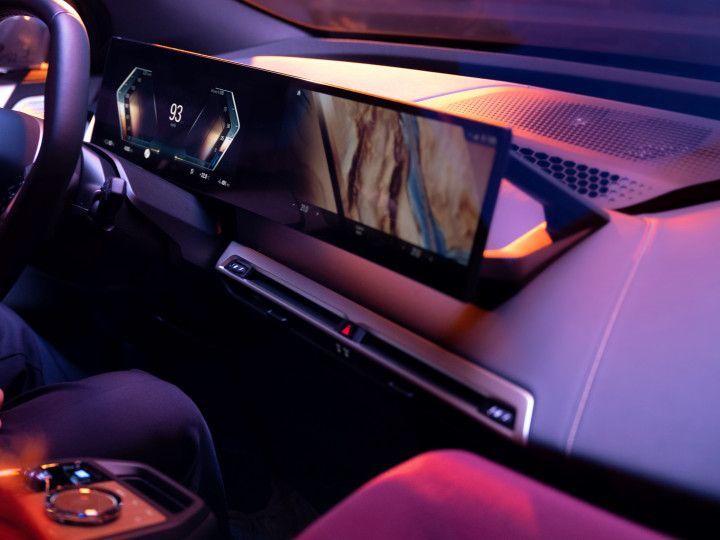 BMW has revealed the iDrive 8, the latest iteration of its infotainment technology. Packed with new features and sporting a massive curved display, the system consists of lesser physical controls now but retains the traditional rotary controller on the centre console.

The iDrive 8 uses BMW’s Intelligent Assistant AI interface to run vehicular functions using voice commands. The AI can also be named by the user, which lends it personalisation. If voice commands aren’t your thing, you also get the choice of touch-sensitive controls and physical buttons. The curved dual-screen display consists of a 12.3-inch digital instrument cluster and a 14.9-inch touchscreen infotainment display (the iDrive 7 came with a 12.3-inch touchscreen).

Further personalisation is possible via the BMW ID and My Modes. BMW ID allows you to save various vehicle settings under a single profile, which eventually can be transferred to another vehicle. This feature replaces the BMW ConnectedDrive.

My Modes, as the name suggests, allows different modes and presets settings for ambient lighting, display designs, and physical attributes such as steering position and throttle response. My Modes replaces Driving Experience Control previously offered in models. To start with, you can store only up to 10 presets in models like the iX and i4.

The iDrive 8 is compatible with Android Auto, Apple CarPlay, and 5G mobile connectivity. It comes loaded with third-party music and streaming apps and BMW Maps. The adaptive operating system is designed to learn user habits with time to offer a more tailored experience.