LiveWire Too Expensive For Ya? How About A Mid-spec Electric Harley Davidson? 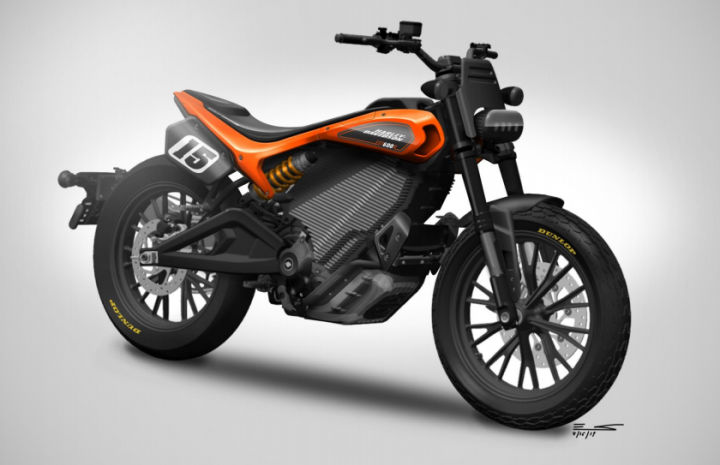 Who would have thought Harley-Davidson, the American bike maker that made a name for itself with cruisers, softails and baggers, would one day shift its attention to electric two-wheelers. But there had to be a change in Harley’s direction considering its downturn in sales, and so it did. The first key of the new gameplan was the LiveWire, with electric bicycles, a low-power electric scooter, e-bikes for children and even an electric dirt bike poised to follow soon.

You might remember an initial render of HD’s mid-power EV in its early stages that leaked almost two years ago. Well, we now have new renders showing off the flat-tracker in near-production ready form.

Two years is quite a lot of time for a bike to go from initial sketches to its final form. But considering Harley is entering uncharted waters not just with the powertrain but the entire motorcycle itself, we are inclined to give them some leeway. And since it’s still in such an early stage of development, expect a finished product to hit the factory floor no earlier than 2021/2022.

Nonetheless, at least we know Harley’s working on what we can interpret as an affordable electric motorcycle for the masses. Thankfully, the new render isn’t far off from the original concept. It sticks to its flat tracker avatar, albeit with alloy wheels, which is a bit odd. Other production bits include a larger battery, what looks like a cooling system, a coaxially mounted motor/swingarm, and pillion pegs for a passenger. It also features an LED headlight, bulb-type indicators, brake and clutch levers.

While there are no official specs for the motor, the bike does seem to employ a new frame where the battery pack acts as a stressed member. Its suspension setup comprises an upside down fork and an off-set monoshock. Disc brakes at both ends handle braking duties. We expect the bike to come with a couple of electronic aids as well considering the tech-driven world of today.

The brand’s ‘More Roads to Harley-Davidson’ vision also includes entering new genres like adventure tourer, streetfighter and high-performance customs. Will this strategy flip things around for the Milwaukee-based two-wheeler manufacturer? Guess we’ll just have to wait and watch.