The latest investment is in addition to the Rs 6,500 crore Mahindra had previously allotted for its expansion plans 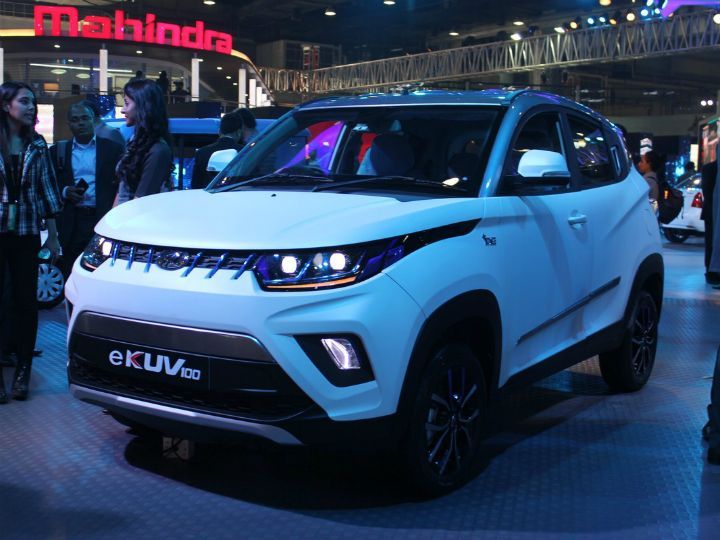 In a bid to boost production of electric vehicles (EVs) and related components, Mahindra has announced that it will soon invest an additional Rs 500 crores in its Chakan plant near Pune, Maharashtra. The carmaker has already set an amount of Rs 6,500 crore for expanding the production facility at Chakan. Mahindra’s announcement comes a few days after the Maharashtra government gave the nod to its Electric Vehicle Policy 2018. To create a nurturing environment for the production of 5,00,000 EVs in the next five years, the policy states that no road tax will be levied on electric vehicles in the state of Maharashtra. Read more about it here.

Currently, Mahindra has three electric vehicles on sale in the country - the eVerito, the e2o Plus and the eSupro cargo van. At the recently concluded Auto Expo 2018, the carmaker revealed its next offering for the Indian four-wheeler market - the eKUV100. While that is expected to be launched later this year, Mahindra also plans to launch the e2o Plus NXT by 2019. Read more about the electric vehicles showcased at India’s largest automotive event here. Last year, Mahindra had announced its plans to launch three all-electric performance cars by 2020.

Speaking on the occasion, Dr. Pawan Goenka, the managing director of Mahindra & Mahindra, said, “We are delighted to announce the next phase of our electric vehicle expansion plan at Chakan and would like to thank the government of Maharashtra for its new EV policy which is a proactive step in electric mobility.”

After shocking the auto industry by announcing that India would shift to all-electric mobility solutions by 2030, Nitin Gadkari, the Union minister for road transport and highways, seems to have backtracked on the decision by saying that the Government will not be formulating a policy for the introduction of EVs. That said, we expect to see more EVs and strong hybrids on the road as the Government enforces stricter emission norms by 2020 along with corporate average fuel efficiency (CAFE) regulations by the year 2022. Although the thought of cars powered by internal combustion engines (ICE) ceasing to exist in the next couple of decades is saddening, we believe it is high time enthusiasts all over the country start embracing the idea of eerily quiet and technologically complex EVs.