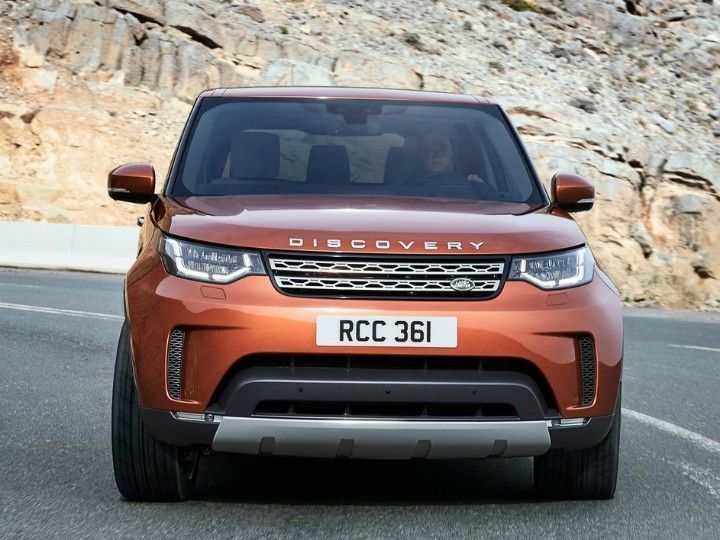 Jaguar Land Rover’s Indian arm recently uploaded a short video of the fifth-gen Discovery on YouTube, suggesting that it could be launched in the country in time for the festive season. The all-new Discovery, unveiled at the 2016 Paris Motor Show last year, replaces its predecessor which was in production from 2009 till 2016.

Unlike its predecessor, the new Discovery is based on a monocoque chassis with an aluminium-intensive construction which makes it 480kg lighter than before. At launch, we expect the Discovery to be equipped with two engine options - a 3.0-litre TD6 V6 diesel engine and a 3.0-litre Si6 V6 petrol engine. While the diesel motor makes 260PS of power and 600Nm of peak torque, the petrol engine is rated at 340PS and 450Nm of torque. Both engines will be mated to an 8-speed automatic transmission. The 2.0-litre Ingenium diesel engine shared with Jaguar models could be added to the lineup at a later date.

The fifth-generation Discovery ditches the squared-off look of its predecessor and adopts a more curvier one that incorporates the Range Rover family look better. Despite the softer appearance, the Discovery 5 is no slouch on the dirt. With a maximum ground clearance of 283mm, a water wading depth of 900mm and Land Rover’s renowned Terrain Response System, the Discovery will be capable of tackling even the harshest terrain you can throw at it.

On the inside, the Discovery will be available with 7 seats and will pack features such as leather upholstery, heated and cooled seats for all three rows, Intelligent Seat Fold and a 10-inch inControl Touch Pro infotainment system coupled to a 10-speaker Meridian sound system.

While JLR has listed five variants - S, SE, HSE, HSE Luxury and the First Edition - on its Indian website, it remains to be seen which of these variants finally make its way to India. Expect JLR to price the Discovery between Rs 68 lakh (for the base S petrol variant) to Rs 89 lakh for the top-of-the-line diesel HSE variant.