Here’s How You Can Accessorize Your KTM 390 Adventure 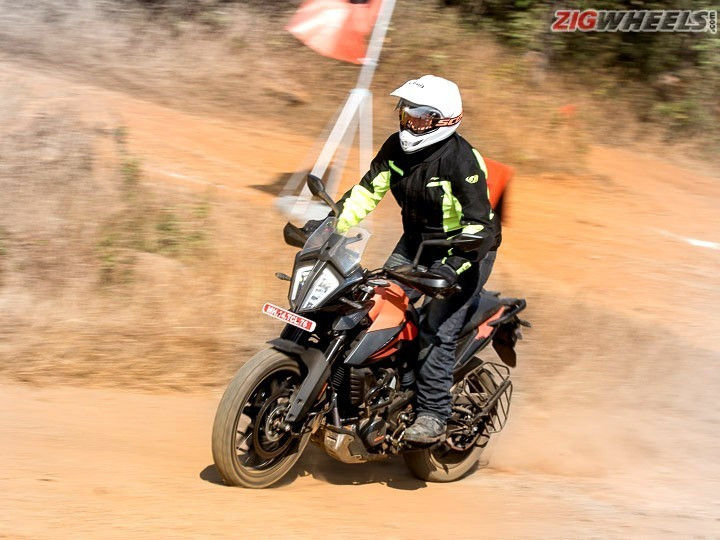 Us, auto journos, are a hard lot to please. But it’s not without reason, though. Take KTM’s 390 Adventure for example. When the Austrian manufacturer unveiled the 390 Adventure at EICMA 2019, it showcased a fully-kitted version of the bike. All it was missing was a set of spoke wheels. So when KTM said it was going to launch this ADV in India, we expected a lot from the bike. But thanks to KTM’s accountants, we got a pared-down version of the 390 Adventure in India. So out went the adjustable front suspension and Continental TKC 70 (we get Metzler Tourance block pattern tyres instead) offered in international markets. Bit of a let down, to be honest!

Nonetheless, the Austrian brand has announced that it’ll offer a couple of PowerParts for the 390 Adventure to improve its versatility. Now before you jump the gun, we’d like to clarify that this still doesn’t include the premium suspension setup or better off-road tyres. What we’ll get instead is a GPS bracket (suitable for Garmin, Tom Tom GPS devices), fork protectors, headlight guard, and a handlebar pad which has an integrated card holder and an extra pocket to store small items. The headlight guard is made from Makrolon, which offers offers excellent impact strength, doesn't splinter or affect headlamp’s visibility or beam spread. It's also used in KTM's latest factory rally bikes.

Also Read: Different Between The India-spec KTM 390 Adventure & The International One

Granted, this won’t improve the bike’s off-road capabilities, but it will provide some creature comforts while safeguarding delicate and expensive components like the headlight and fork stanchion in case of a fall. All said and done, would these parts cost a bomb? Unfortunately, KTM hasn't revealed its pricing just yet, but these parts are likely to command a premium over third party accessories. Guess we will just have to wait and see until they are launched.

KTM’s also working on a couple of luggage systems for the smaller ADV which will be manufactured in India. This includes panniers, tail bags, tank bags, and saddle bags. You can read more about it here.

We’ve already sampled the KTM 390 Adventure and if you’re wondering how the bike performed, you can read our thoughts here. We also put the bike up against its closest rival, the BMW G 310 GS, to find out which one’s a better overall proposition.