Though KTM had stated that the 790 Duke will be coming to India, it is unlikely to happen anytime soon. From what we have come to understand, the weak rupee rate is one of the reasons the wait for the 790 might be longer than expected. Moreover, KTM has also made it clear that they do not want to sell the 790 Duke via CBU route as it would drive the pricing way too high, what with the import duties and the mandatory five-year insurance ruling in place.

Spokespersons from KTM Austria had already confirmed, at EICMA 2017, that the 790 Duke has been designed for easy CKD to help it penetrate various markets across the globe. So there’s no question that when the 790 Duke does come to India, it will be assembled here. At this point though, we’ve learned that the Austrian bike maker is figuring out sourcing for the 790’s various components from their various suppliers in China, Philippines and India. Once the brand has its logistics in place, and if the market situation is favourable, we expect the 790 Duke to enter our shores in 2019. If we had to guess when in 2019, then we’ll probably go with the second half of the year. 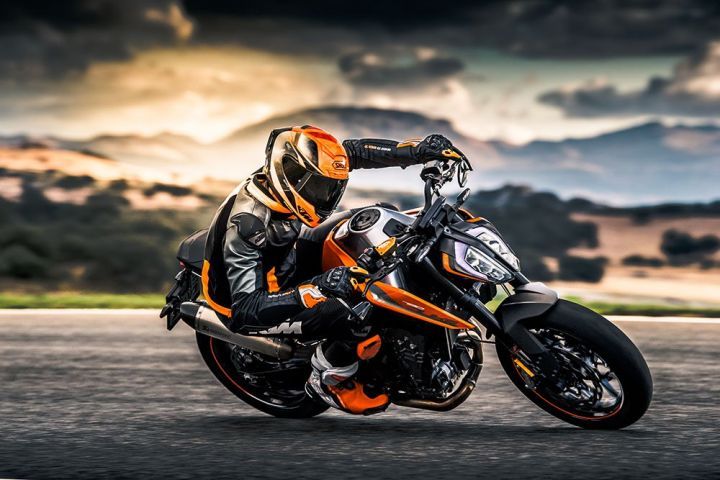 This weekend, various KTM dealerships from across the country bombarded social media platforms like Twitter and Facebook with posts that suggested the 790 Duke will soon make its way into India. So what better time than now to dig deep and find out all that one needs to know about the upcoming naked parallel-twin motorcycle. Although we couldn’t gather much information about the booking amount or the pricing of the upcoming bike, we did find out it will make its way here by December or January.

That’s great news right! But before you break open your piggy bank, let’s talk numbers. Now, going by the current competition, the 790 Duke will compete against the Suzuki GSX-S750 (Rs 7.45 lakh), Kawasaki Z900 (Rs 7.68 lakh), Triumph Street Triple S (Rs 9.19 lakh) and the Ducati Monster 797 (Rs 8.03 lakh), all of which are sold here via the CKD route to keep their prices in check. At last year’s EICMA show, KTM revealed that the 790 Duke too will come here via the CKD route, albeit with heavy localisation, which will enable KTM to price the bike quite aggressively. We expect the KTM 790 Duke to be priced around the Rs 6 lakh (ex-showroom) mark.

On the engine front, the KTM 790 Duke is powered by a newly developed LC8 799cc, liquid-cooled, parallel-twin motor that produces 105PS at 9500rpm and 86Nm of peak torque at 8000rpm. The DOHC, eight-valve motor is mated to a 6-speed gearbox with a slipper clutch.

Suspension duties are managed by 43mm open cartridge forks with separate functions  up front and gas-assisted monoshock with 12-stage preload adjustment at the rear, both developed by WP. To bring the motorcycle to a stop, KTM has equipped with dual 300mm front discs and a 240mm rear disc, with dual-channel ABS as standard.

The 790 Duke has a ground clearance of 186mm and a seat height of 825mm. The fuel tank capacity is rated at 14 litres, which means you will have to make frequent fuel stops. As for features, the 790 Duke gets motorcycle stability control with cornering ABS, supermoto mode to disengage rear wheel ABS, motor slip regulation to keep engine revs in check while decelerating, a two-way quickshifter and a TFT screen similar to that seen on the 390 Duke.

Ride modes include Sport, Street and Rain, which manages the intervention from the traction control system. There’s also a Track mode which offers a host of other features like anti-wheelie control, launch control, traction control spin adjuster and throttle response.

For more details on the 790 Duke’s launch, booking and pricing, stay tuned to Zigwheels.