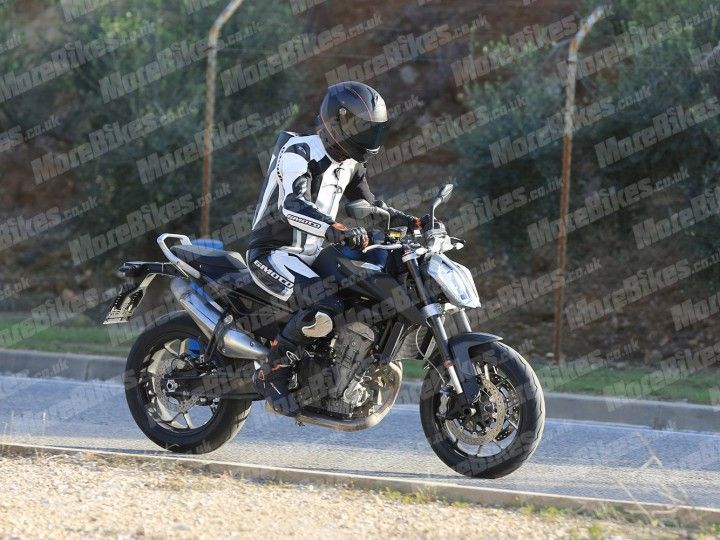 The new KTM 790 Duke was recently spotted testing and the spy pics reveal the entire bike’s bodywork has been sharpened up and slimmed down, though the curvy exhaust and tail section might be a disappointment for KTM aficionados. The prototype of the bike was first showcased at the EICMA show last year and the road bike bears a lot of resemblance to it.

As spotted from the spy pics, the motorcycle gets a parallel-twin engine, a new tail section design, and a redesigned exhaust system with the muffler clinging beneath the seat on the right ride. The dual vertically split headlight is a part of KTM’s new design language and the design flows on similar lines as its bigger siblings like the Duke, Super Duke and the Adventure series. The bike gets dual disc brakes at the front and a disc brake unit at the rear,beefy USD telescopic forks at the front and a single monoshock unit at the rear.

The motorcycle is expected to be unveiled at the 2017 EICMA show in Milan; though the bike looks glistened up and production ready in the photos, we’ll have to wait till then to get a clear image of the motorcycle. The technical specs of the motorcycle are also undercover and it will be interesting to know the power and torque figures the new 790 Duke produces. It will come loaded with a lot of features like all other KTMs and will be a value for money proposition. It is highly expected that the bike will be hitting the Indian shores via the CKD route. Once on sale, the bike will go against the Kawasaki Z800 and Triumph Street Triple.