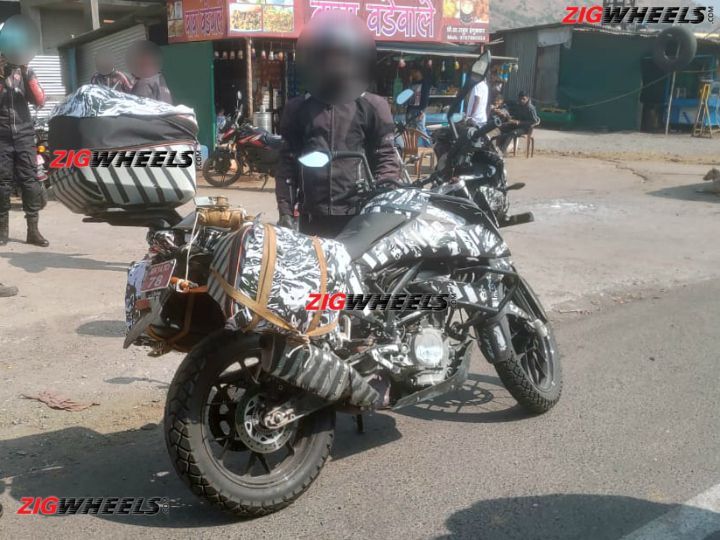 We know that KTM is planning to launch the 390 Adventure in India in the coming few months. And before its official launch, the adventure tourer has been spotted once again. Just like the previous time, the recent spy shots have revealed a fully kitted-out 390 Adventure with saddlebags and a top box.

By now, you might have already learned every teeny tiny detail about the 390 Adventure. In case you haven’t, here’s a quick refresher. Powering the upcoming adventure tourer is the same 373cc, liquid-cooled single-cylinder motor as seen on the 390 Duke. In the naked variant, this motor belts out 43PS and 37Nm of peak torque. However, we expect KTM to tune the engine to suit its off-road characteristics. The updated 390 Adventure will be BS6/Euro 5-compliant as well.

The upcoming ADV rolls on 19/17-inch alloys, wrapped with dual-purpose Continental tyres, which should offer a decent grip both on- and off-road. We have done a detailed story on the upcoming bike, which you can read here.

When launched, the 390 Adventure will likely be priced at around Rs 3 lakh to Rs 3.2 lakh (ex-showroom), making it the most expensive 390 model in India. And even though it would become the most expensive 390 in India, it would still undercut the BMW G 310 GS and the Kawasaki Versys-X 300 by Rs 50,000 and a whopping Rs 1.69 lakh! However, when it comes to an affordable ADV, the Royal Enfield Himalayan is still at the top position with a price tag of just Rs 1.80 lakh!

*Snap 'n Win: Got spy pictures or videos of your own? Send them to editorial@girnarsoft.com right away for a chance to win some cool goodies or vouchers.