Here’s When The KTM 790 Adventure Will Arrive In India 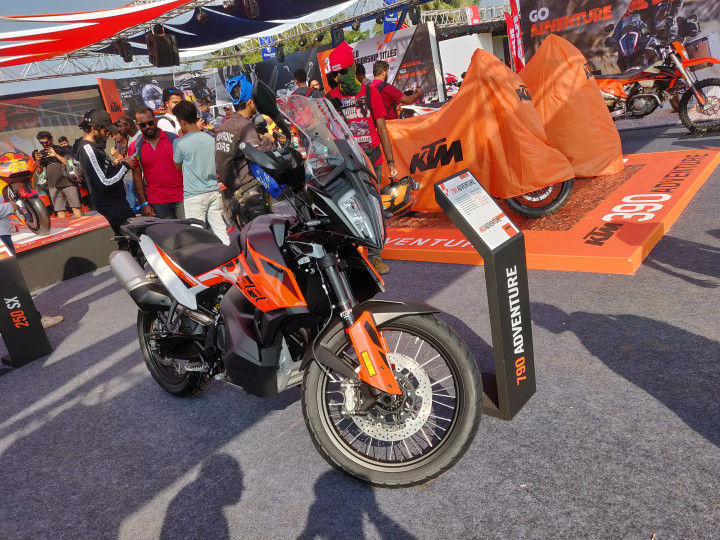 At the 2019 India Bike Week, KTM brought a whole range of motorcycles from racing machines to their biggest and baddest motorcycles out there. Among them was the 790 Adventure. As per our sources, KTM is likely to launch the 790 ADV in India before Diwali, September to be specific.

The upcoming 790 Adventure will be homologated in India to ensure KTM meets the upcoming emission norms. Considering the 790 ADV is just getting a Euro 5/BS6 update, we don’t think KTM will add any new features at all. It is likely to get the same features as seen on the current 790 ADV such as traction control, cornering ABS, a quickshifter, and an ‘off-road’ mode.

The new 790 Adventure is likely to be powered by the same 799cc unit as the current model. But since KTM engineers will have to tweak it to comply with the new emission norms, we believe it could have a slightly different power output compared to the older model. The current 790 Adventure makes 94PS of power and 88Nm of torque.

If you have deep pockets and are not into adventure motorcycles, KTM is also working on a 790 ADV-based 890 GT, which was spotted a few months back. As of now, the motorcycle is still under development, so we can expect it to debut at this year’s EICMA.

The Austrian bike maker also has a more hardcore ‘R’ variant of the 790 ADV for international masses, but there’s no confirmation regarding its India launch yet. We expect the 790 Adventure to be priced around Rs 11.5 lakh (ex-showroom). In terms of competition, it will lock horns with the BMW 750GS and the Triumph Tiger 800 XRx.