Each part of the rally car is brand new, save for the 5-speed sequential gearbox borrowed from its predecessor, the R5 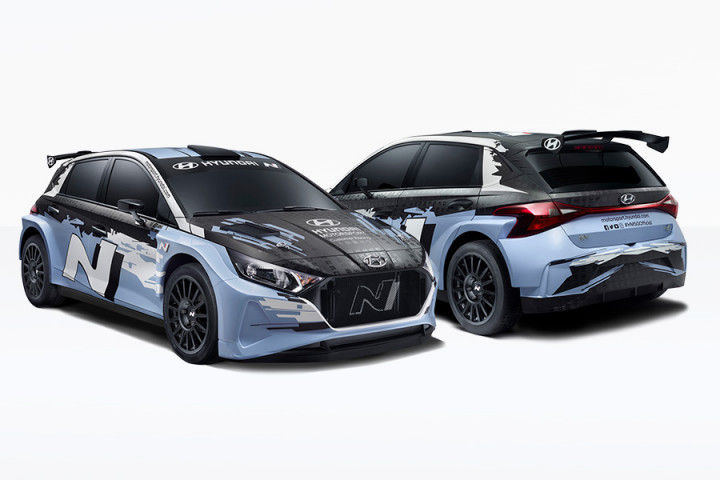 Hyundai Motorsport Customer Racing has revealed its latest entrant in the world of motorsports, the i20 N Rally2. It follows in the footsteps of the brand’s flagship R5 (based on the second-gen i20), which gets a successor after five years.

In terms of design, the Rally2 is based on the motorsports-inspired i20 N hot hatch. It features the same reinforced chassis as well as the ‘Sensuous Sportiness’ design philosophy. While the stock car comes wrapped in a white-blue livery stamped with a big ‘N’, customers are expected to smother it with stickers from event and team sponsors.

Aside from the five-speed sequential transmission, carried over from the R5, each part of the Rally2 is different from its predecessor. It gets the same 1.6-litre turbocharged petrol engine as the i20 N, but it is expected to produce more power than the standard road-spec version with the drive sent to all four wheels, unlike 204PS FWD i20 N.

The latest offering from this department of Hyundai will be eligible to compete in the WRC 2 and WRC 3 classes, bringing with it the winning pedigree of the R5. Testing will begin later this month, with the first deliveries set to begin from summer 2021. Meanwhile, the i20 N has been simultaneously revealed, with the hot hatch set to be available across Europe from spring 2021.

Though we definitely won’t see the i20 N, i20 N Rally2 or even a cosmetically enhanced N Line variant head to India, we will soon get the standard third-gen model as Europe. Hyundai is set to launch the third-generation i20 in the first week of November. It faces the likes of Maruti Suzuki Baleno, Toyota Glanza, Honda Jazz, and the Tata Altroz, and is currently priced from Rs 6.56 lakh to Rs 8.32 lakh.