Nios Effect: The Hyundai Grand i10 Now Only Available In Petrol Manual And CNG Variants

Hyundai India does away with diesel and automatic variants for the hatchback, months after the updated Grand i10 Nios was launched 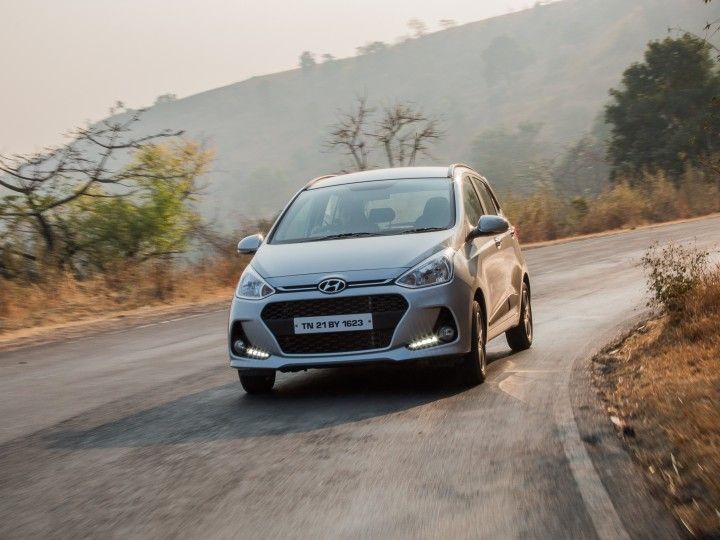 The Grand i10 is now available in two variants: Magna and Sportz. The Magna variant comes with features like:

Features like climate control, rear wash and wiper, keyless entry with push button start and a leather wrapped steering are now exclusive to the premium Grand i10 Nios.

The petrol-powered 1.2-litre Kappa engine develops 83PS and 114Nm while the CNG variant puts out 66PS and 98Nm. Both variants are limited to a 5-speed manual gearbox. If you want an automatic gearbox, you have no other option but to go for the Nios. Earlier, the Grand i10 came with a 4-speed torque converter. The 1.2-litre diesel engine that was available in the Grand i10 is now exclusive to the Nios. It develops 75PS of power and 190Nm of torque. The diesel Nios is available with an AMT as well as a 5-speed manual gearbox.

The colour options for the Grand i10 has also been chopped as Hyundai has discontinued the Marina Blue and Flame Orange options that were available before. Now, the Grand i10 can only be had in four colours - Fiery Red, Typhoon Silver, Titan Grey and Polar White. It’s primary rivals include the Ford Figo, Maruti Swift and its own sibling, the Grand i10 Nios.