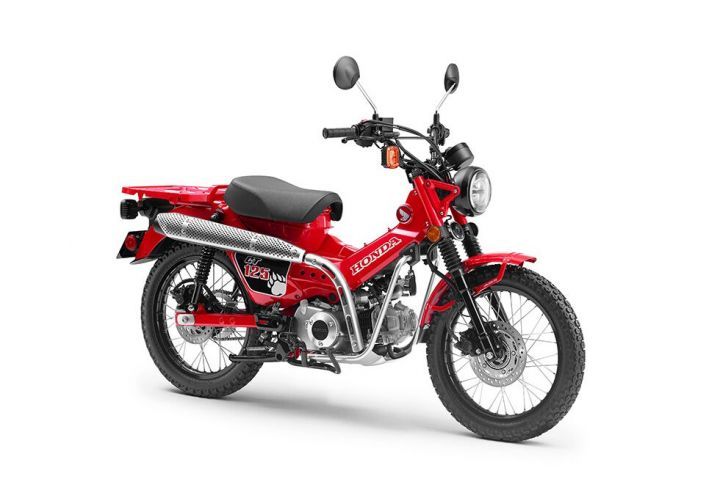 Remember the little off-road moped concept that Honda showcased at the 2019 Tokyo Motor Show? Of course you do, who can forget a red off-road moped in the sea of electric vehicles and superbikes? Well, it’s now headed for production! Latest reports suggest that Honda had applied for trademark rights for two names: ‘Hunter Cub’ and ‘Trail 125’ just days after the Tokyo Motor Show. This means that the production version of the moped could use either of these two names. However, there’s also a possibility that Honda might use both names depending on where it’s sold.

With the production version of the CT125, Honda will revive the iconic ‘CT’ nameplate once again after it was discontinued in 2008. The concept which was showcased at the Tokyo Motor Show was based on the Euro-spec Super Cub 125. So it is highly likely that the production version will be powered by the latter’s 124cc powerplant. This motor churns out 9.65PS of power and 10.4Nm of peak torque, paired to a 4-speed gearbox.

The concept version was equipped with a scrambler-style high-set exhaust, spoke wheels, dual-purpose tyres and a bash plate. Now, whether this equipment will make its way to the production version or not is yet to be known, but we hope it remains similar to the concept version. For now, details about the upcoming off-roading moped are limited, but we will update this space once we get our hands on the official papers.

When will we see the production-spec CT125? Will it come to India? Well, considering that the concept model looked almost production-ready, we expect Honda to launch it sometime next year. As far as its India launch is concerned, we don’t think that’s happening anytime soon. Say tuned to ZigWheels for more updates.