The company has launched the Softail Deluxe, Low Rider and the Fat Boy Anniversary edition today 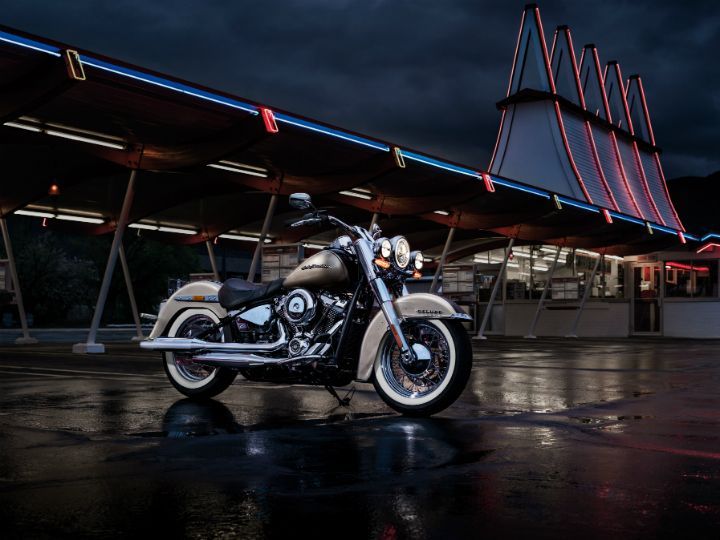 Harley-Davidson has added three new Softails to its Indian lineup today. The Harley-Davidson Softail Deluxe has been priced at Rs 17.99 lakh and the Softail Low Rider at Rs 12.99. The Fat Boy Anniversary edition has received a price tag of Rs 19.79 lakh (all prices ex-showroom pan-India). The new bikes will be available in India from March 1st onwards.

The Softail Deluxe, on the other hand, is sure to garner a lot of attention with its overall chrome theme. It gets a large LED headlamp flanked by two auxiliary lamps and swept-back mudguards. The Softail Deluxe will replace the Heritage Softail Classic which was discontinued last year.

The Fat Boy Anniversary edition sports the same look as the regular model, with the exception of new graphics which helps it in distinguishing itself from the Fat Boy. It now gets an all-LED headlight, chunky tyres and solid disc wheels.

Both the Softail models will be powered by the company's new 107 Milwaukee-Eight engine. This 45-degree 1745cc, V-Twin engine produces 144Nm of torque. The new Softail models get a much lighter frame, which ideally should lead to better agility. Suspension setup consists of Showa Dual Bending Valve (SDBC) front forks and rear monoshock unit.

Powering the Fat Boy Anniversary edition is a larger 1868cc V-Twin motor which delivers 155Nm of torque, 11Nm more than what the Milwaukee-Eight 107 engine produces.

Harley also announced price revisions for its touring and CVO lineup as well. The Road King will now be priced at Rs 24.99 lakh, while the Street Glide Special is available for Rs 29.99 lakh. The Road Glide Special is now available for 32.99 lakh and the limited edition CVO now retails for Rs 49.99 lakh. The bikes have seen the price cut thanks to the government's recent decision to drop import duties on CBU models.

The Softail Deluxe is currently priced below the Heritage Classic, which retails for Rs 19.01 lakh. On the other hand, the Low Rider is priced above the Street Bob, which is available for Rs 12.01 lakh.