The GMA T.50 Is The New Benchmark For Hypercars In The 21st Century

30 years after the McLaren F1 obliterated our knowledge of the outer reaches of automotive wizardry, legendary designer Gordon Murray is back with a hypercar that promises to turn the dial all the way up to eleven yet again 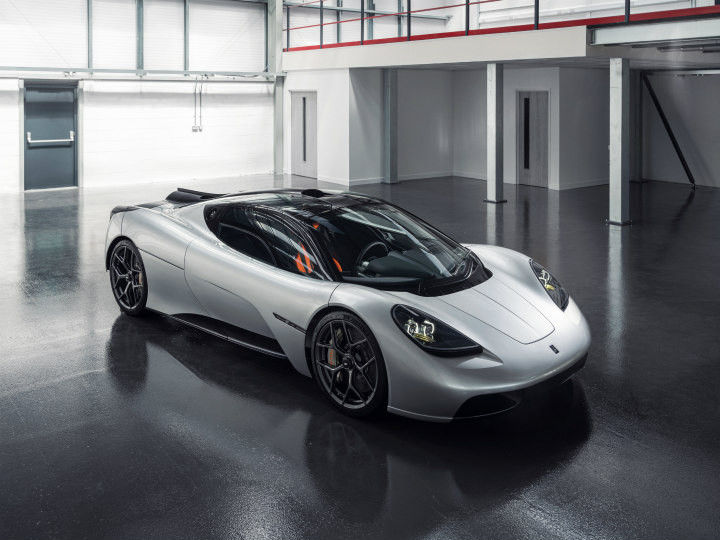 Gordon Murray. Does the name ring a bell? The legendary designer has been part of motorsports and the automotive industry for over 50 years now and is known as the creator of the revolutionary F1 ‘Fan’ car of the 1970s and what was arguably the original hypercar, the Mclaren F1. To celebrate fifty years of Gordon Murray’s designs, Gordon Murray Automotive has taken the wraps off the McLaren F1’s spiritual successor, the T.50 supercar. Gordon Murray’s latest mid-engined, rear-wheel drive supercar brings all the thrills of the F1 as well as some of his innovative F1-inspired technologies to the 21st century.

Let’s get down to the nitty gritty aspects of the T.50. Powering the T.50 is a naturally aspirated 3.9-litre Cosworth GMA V12 engine that delivers 663PS of power and 467Nm of torque. It is claimed to be the highest revving naturally aspirated V12 around with a redline of 12,100rpm. It is also feather weight at 178kg. Mated to this engine is a 6-speed manual developed by Xtrac at the behest of the T.50’s secret clients.

Acceleration and top speed figures haven’t been revealed yet as Murray believes they detract from the main discussion: the pursuit of pure driving pleasure. Not that this car will be any slouch in those departments, mind you. Remember, the F1 famously, or notoriously, also didn’t come with performance figures etched onto its forehead. It was up to the world to find out and boy, were the rich connoisseurs of the 90’s happy with what they found. The T.50’s figures will only be revealed once a rolling prototype has been tested.

With a weight of just 986kg, the T.50 is about a third of the weight of the average supercar and is even lighter than a Honda Amaze’s portly 1059kgs. A power-to-weight ratio of 672PS-per-ton exceeds any other road-going naturally aspirated sports car. The Brembo braking system combines lightweight alloy calipers and carbon-ceramic discs for effective stopping power. It is also just about as long as a Porsche 718 Cayman at 4352 mm.

As was the case with the McLaren F1, the T.50 is a no-nonsense supercar. That means pure driver control gets more emphasis than other frivolities. The only driver assists available are traction control, ESP and ABS -- and these too have been added in only to make the car road legal. The driver has the option to turn them off completely if needed. Even the power steering only activates at low speeds to help manoeuvre the car while parking; at all other times it’s unassisted.

Power isn’t everything in the T.50 as the supercar sports plenty of F1-inspired aerodynamics. The most notable one is the 400mm electric fan at the back of the car. Capable of spinning up to 7000rpm with the help of a 48-volt electric motor, the main purpose of the fan is to generate underbody downforce and aid cornering stability by literally sticking the car to the road.

While the fan concept is a throwback to the 1978 Brabham BT46B F1 car which was dubbed the ‘Fan Car’, this system here is more complicated. It works with the car’s active rear wings and massive diffuser to generate or reduce downforce via six aero modes: Auto, High Downforce, Streamline, Braking, Test, and V-Max Boost. The Streamline mode shaves off downforce by 12.5 percent whereas Braking mode doubles it. The V-Max mode on the other hand combines ram air induction to give the T.50 upto 700PS of outright grunt! Other technical wizardry includes a carbon-fibre chassis and body, and Michelin Pilot Sport 4 S tyres wrapped around 19-inch front and 20-inch rear alloy wheels.

The resemblance to the McLaren F1 on the outside is uncanny with a low-slung nose flanked by LED headlights and massive windshield. A hallmark of Gordon Murray designs, the overall silhouette of the T.50 is sleek and clean with no manic aero appendages like is the case with modern supercars and hypercars. Aside from the doors, the engine bay itself also opens in a gullwing format.

Heading inside, the T.50 retains the McLaren F1’s fighter jet central cockpit position with a passenger seat on either side. It also gets features like a bespoke 10-speaker audio sound system that weights just 4.5kg. It features Android Auto and Apple CarPlay with Bluetooth phone connectivity but there’s no touchscreen because Mr. Murray believes they, again, detract the driver’s focus. Other highlights in the cockpit include titanium pedals and a billet aluminium-and-carbon gear lever that helps save even more kilos compared to the F1’s units.