Could these be the fun cars on a budget we’ve always yearned for? 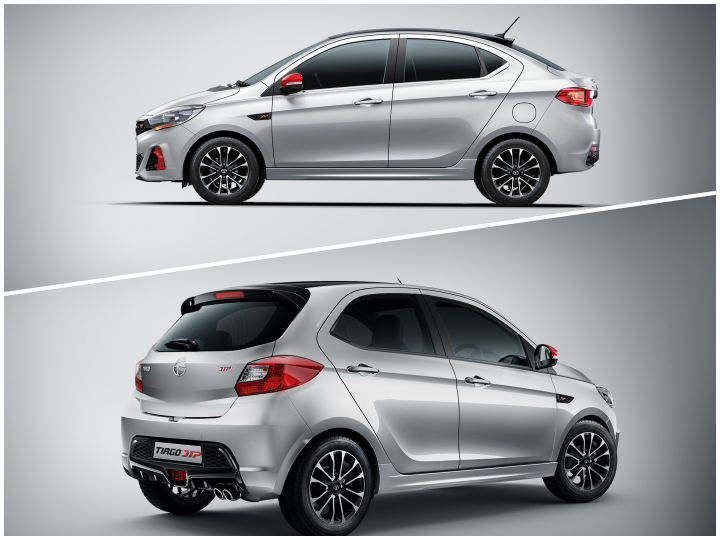 Tata Motors managed to get us excited for the JTP twins with their tasty-looking prototypes at the Auto Expo earlier this year. Now, we’ve got confirmation that prices for the Tiago JTP as well as the Tigor JTP will be announced on October 26.

First things first, out goes the 1.2-litre, three-cylinder naturally aspirated petrol motor. In its place is the Nexon’s 1.2-litre turbocharged motor. With 110PS of power and 150Nm of torque to play with, the Tata twins promise to be fun. What’s more, Tata will be offering both cars with a 5-speed manual transmission only. Quick maths will tell you that’s 25PS and 36Nm over the standard cars. That’s plenty considering the Tiago and the Tigor don’t lug around a lot of weight.

And it’s not just an exercise of plonking a big motor in a small car. Tata has previously confirmed that the JTP twins feature a reworked intake and exhaust system, stiffer set of springs with a lowered ride height and reworked gear ratios as well. A fatter set of rubber (185/65R15) rounds off the upgrades.

As far as the looks are concerned, Tata seems to have gotten the formula right here too. Distinguishing the go-faster versions from their everyday cousins are bigger wheels, smoked out headlamps, generous amounts of red highlights, a small hood vent and dual exhaust tips. Inside, all the dull grey-black dual-tone interior has been ditched in favour of an all-black cabin, with red highlights.

Compared to the show car at Auto Expo 2018, we don’t expect much to change in the production-spec version. We’re about to find out when we get a sample later this week. Stay tuned to ZigWheels as we bring you all the details on the evil Tata twins.