To launch Ace and Misfit next week. Finalises 9 other showrooms in major cities 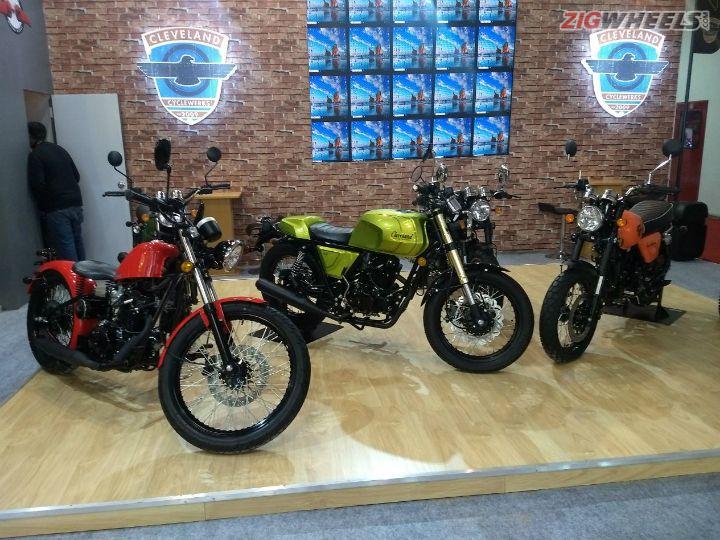 Remember Cleveland CycleWerks’ Ace and the Misfit that were displayed at the 2018 Auto Expo? Well, it looks like the US-based bike manufacturer is finally ready to roll out the two bikes in India soon.

In a recent chat with Zigwheels, top officials of the company confirmed that it has finalised a total of 10 dealerships in major cities, including Chennai, Bengaluru, Kochi, Hosur, Salem, Trivandrum, Coimbatore, Mumbai, Pune and Indore. It is set to inaugurate its first showroom on September 20 in Vashi, Mumbai. The company added that it will expand to 30 other cities by 2019.

Although Cleveland CycleWerks manufactures their motorcycles in China and export them to more than 30 countries via the CBU route, the company has decided to take a different approach for the Indian market. The Ace and Misfit, it says, will be brought here via the CKD route and will be assembled at its plant in Pune. Both motorcycles are expected to feature around 6-7 per cent localisation, including essential parts such as tyres, headlights, wire assembly and fluids.

The Ace and Misfit are powered by a 229cc, air-cooled, single-cylinder engine that produces 15.4PS of power at 7000rpm and 16Nm of torque at 6000rpm. Yes, these may seem very modest, especially when you compare it to its rivals such as the Yamaha FZ 25, which makes 20.9PS. However, we’ll hold our judgment till we put both motorcycles through a comprehensive road test. To know what separates the two motorcycles, click here. As far as pricing is concerned, the company is expected to reveal them sometime next week.

The company says it aims to bring at least two motorcycles every year. In addition to this, it is also likely to bring different engine variations of the Ace and Misfit in the future. In terms of pricing, we expect both motorcycles to be priced between Rs 2 lakh and Rs 2.5 lakh (ex-showroom). As always, we'll be bringing you an in-depth road test review of the two motorcycles. Until then, stay tuned!