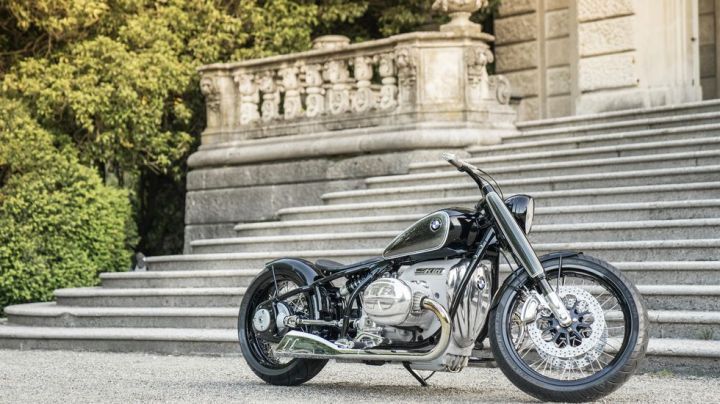 BMW Motorrad first unveiled its retro bobber, the Concept R 18, back in May this year. Now, the brand has revealed all the details of the engine that will power the production version. The upcoming bobber will be powered by a 1802cc twin-cylinder boxer air-cooled engine with oil cooling.

This motor churns out a rather mild 91PS at 4750rpm and a peak torque of 158Nm arrives at 3000rpm. Thanks to the large, heavy flywheel, the idling speed stands at a lazy 950rpm. Being a big twin, the boffins at BMW have ensured the engine can produce as much as 150Nm of twist right from 2000rpm to 4000rpm. It’s pretty impressive considering the engine itself redlines at 5750rpm.

BMW Motorrad has retained the classic overhead valve configuration like the one in those vintage R 5, R 51/2 bikes. This complements the modern four-valve, dual-ignition setup along with a dual camshaft layout driven by a crankshaft below. BMW Motorrad says the advantage of this camshaft setup is that it commands the need for shorter pushrods, which consequently result in stiffer valve drive. This ensures better precision and high-speed stability. Instead of hydraulic tappets, the R 180 employs an old-school adjusting screw on each valve for valve clearance adjustment.

The power is transmitted to the rear wheel via a 6-speed transmission with a single-disc dry slipper clutch. Like the 1950s BMW bikes, the R 18 also uses a nickel-plated, exposed shaft final drive system. BMW Motorrad also offers the option of a reverse gear, which is driven by an electric motor.

BMW Motorrad said the motorcycle will enter production in the course of next year. Expect the pricing to be properly premium, with a huge scope of customisation. When launched, it will be a perfect rival to the likes of the Harley-Davidson Street Bob and the Triumph Bonneville Bobber.