BMW i8 to be launched in India on February 18

The i8 will be BMW's flagship, brought in as a CBU and will be priced around the Rs 2 crore mark. BMW i8 is a hybrid sportscar with 362PS of combined power 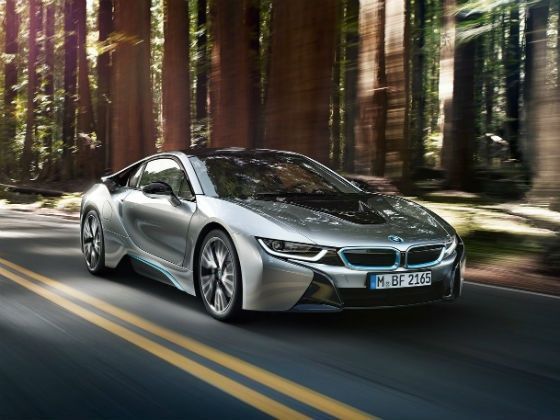 BMW will launch the i8 hybrid sportscar on February 18 and with that become the first ‘I’ cars from the BMW stable to enter India. The i8 will be sold as a CBU and will be offered in very limited numbers as the i8 has high demand across the globe, so much so that BMW can’t produce enough cars to cater to the demand with a waiting period running into several months.

The i8 is a hybrid sportscar that looks futuristic every way you look at it. Low slung with scoops and forms unlike any sportscar you have seen before, the i8 demands attention even when stationary. But it’s not just the looks, is it… The hybrid powertrain of the i8 comprises of a 1.5-litre turbocharged petrol motor and an electric motor that work individually or in tandem to either save the earth or catapult you forward in typical sportscar manner.

The petrol motor is a 1.5-litre 3-cylinder turbocharged unit developing a colossal 231PS of power and 320Nm of torque. The electric motor adds another 131PS and 250Nm to the i8 giving it a combined output of 362PS and 570Nm. The i8 is built largely out of carbon fibre and that means despite a large battery pack and a engine, the car weighs just 1490kg, and it has a very low centre of gravity. Official BMW figures state that the i8 can do the 0-100kmph sprint in just 4.4 seconds and it has a limited top speed of 250kmph.

The mid-engined sportscar with its rear driven wheels is said to have an almost exact 50:50 weight distribution so expect it to handle like on rails. The i8 emits only 59g/km of CO2 according to BMW and that is largely due to the highly functioning electric motor. The plug-in hybrid has a range of 37km in pure electric mode and can go up to a top speed of 120kmph before the petrol engine kicks in.