Aprilia To Give RS 150, Tuono 150 Bigger Engines In India 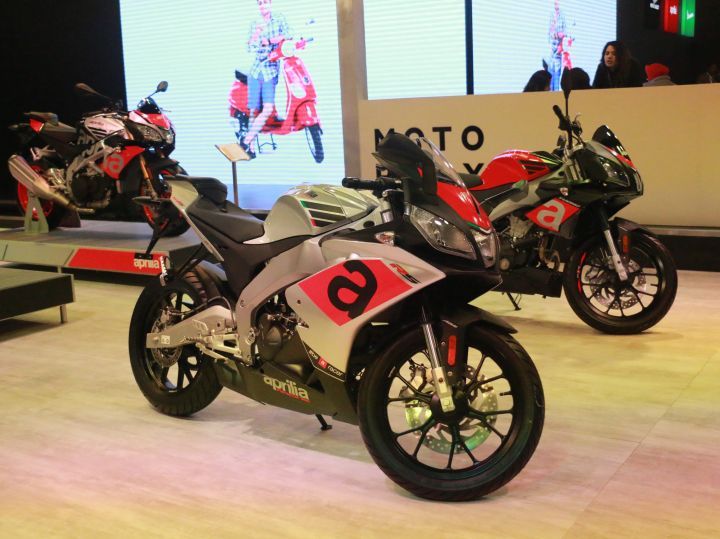 The wait grows longer for Aprilia to bring in small capacity motorcycles to India. New reports suggest that the Italian company might not be bringing the RS 150 or the Tuono 150 with the earlier touted 150cc engine. Sources suggest that the company is likely to increase the cubic capacity of said bikes to make them the undisputed kings of the performance game.

Speaking to Moneycontrol, Piaggio India’s MD and CEO, Diego Graffi, said that the company is working on bringing in premium mid-range products to India. He said, “I can confirm that the interest for the segment and what would be the market opportunity for it here in India exists. The brand will be Aprilia (and) the kind of bike will be a premium, mid-range with engine size between 150cc and 250cc. At present, we do not have a fixed date. It has taken a little bit longer than what we had planned initially as we want to find the best trade-off between what is the expected price and what is the level of local content (in the bikes) we are introducing.”

Based on Graffi statement, we believe that the new motorcycles could get a larger engine. Aprilia has a 149.2cc unit in the China-spec GPR 150 which makes roughly 18PS and 14Nm. There were plans to launch the same GPR in India as the RS 150 but that plan seems to have been derailed. Aprilia wants its motorcycles to be the best when it comes to performance and had it launched it earlier, it would have achieved its target. But with the launch of the Yamaha R15 v3.0, the small Yamaha has upped the ante in terms of horsepower. Aprilia could likely move up the ladder and look at different pastures to earn that performance crown.

And that could be made possible if Aprilia brings in sub-250cc motorcycles which will give the KTM 200 Duke and RC 200 a run for their money. The Indo-Austrians already make roughly 25PS from their 199cc engine and Aprilia might find it possible to outpower them with an increase in capacity.

We expect to hear further developments from Aprilia on the pocket rockets soon.