Standout features include six airbags and a multi-view camera! 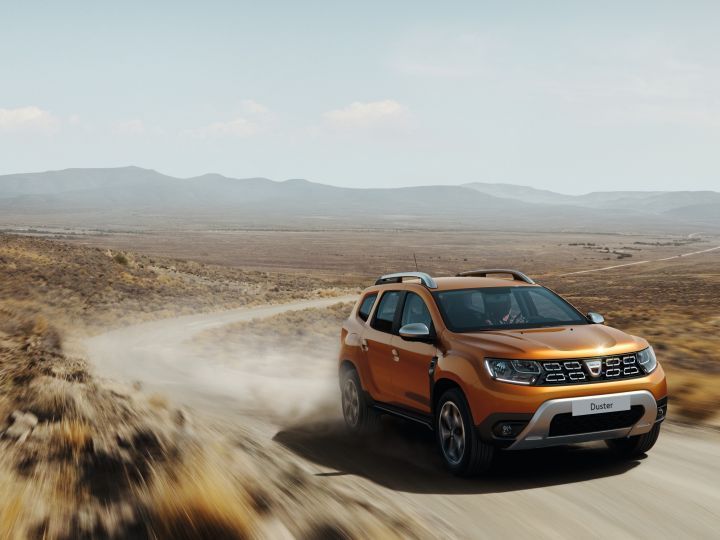 Dacia, Renault's Romanian subsidiary, first unveiled the second-generation Duster at the 2017 Frankfurt Motor Show. Now, the carmaker has revealed the full spec sheet of it’s latest SUV. So, let’s take a look at what the new Duster has to offer.

The new Duster gets a total of three engine options. While two of them are petrol, there is one diesel engine which is available in two states of tunes. Let’s take a look at the petrol motors first. The Dacia Duster can be had with either a naturally-aspirated, 1.2-litre motor or bigger a 1.6-litre engine. The smaller motor produces 114PS of power and 156Nm of torque while the bigger one is capable of churning out 125PS and 205Nm. The 1.2-litre motor can also be fed LPG, in which case it produces 108PS of power and 144Nm of torque. Both engines can be had with a four-wheel drive setup and gets a 6-speed manual for this purpose. In front-wheel drive guise, the 1.2-litre motor is mated to a 5-speed manual only.

Coming to the diesel, the Duster gets a 1.5-litre motor. As mentioned earlier, this motor can be had in two state of tunes - 90PS/200Nm or a 110PS/260Nm. This engine is mated to a 6-speed manual gearbox. But the engine with the higher spec can be had with a 6-speed automatic ‘box and four-wheel-drive as well.

All three engines are equipped with start-stop technology and regenerative braking for better fuel efficiency.

The second-gen Duster is equipped with various features to keep the driver comforatble on the go. For the first time ever, the new Duster gets an electronic power steering setup. Apart from this, you also get a new MediaNav infotainment system with multi-view cameras which can display all four corners of the SUV. It also gets an automatic climate control system and push-button start. Finding your perfect driving position will be easy as it gets with tilt and telescopic-adjustable steering wheel, and height and lumbar adjustment for the driver’s seat. To enhance the audio experience, the new Duster is equipped with  new bi-cone speakers built into doors with two tweeters located at the top of the dashboard. The new Duster also gets a set of 17-inch alloy wheels meant to keep the SUV planted while having fun both on and off the road.

When the new Duster is launched in India, we expect the SUV to be powered by one petrol (1.6-litre) and one diesel engine (1.5-litre) only. Along with the 6-speed manual gearbox, the diesel engine is likely to be offered with an AMT as well. The petrol motor, on the other hand, could come mated with the 5-speed manual as standard and a CVT for the automatic variant. On the safety front, the new Duster is likely to get front airbags, ABS and ISOFIX child seat anchorages as standard to conform with new regulations.

The new Duster feels like a very capable car and we look forward to getting our hands on one when the French manufacturer decides to launch it in India.