A Brief History Of Bugatti: Part 1

In this two-part series, we take a look at some of the most iconic cars from Bugatti right up to the Divo 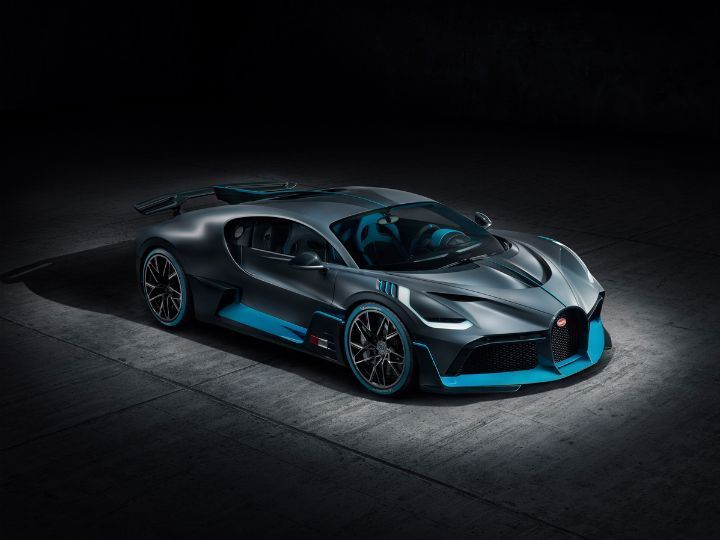 Bugatti, based in Molsheim, France, owes its distinctive character to a family of artists with Italian roots. The family, which was primarily known for their architecture, sculpture and design, later started building cars under the leadership of Ettore Arco Isidoro Bugatti. Bor in Milan on 15 September 1881, Ettore Bugatti was the oldest son of Carlo and Teresa Bugatti. After finishing school, Ettore took up the role of an apprentice at Prinetti & Stucchi, a bicycle manufacturer. A year later, the 17-year-old attached an engine to a tricycle, while experimenting with a number of other models.

This was followed by his first-ever car, the Type 2, which was produced with the financial support of Count Guinelli. The Type 2, which one the top prize at an exhibition, caught the eye of the famous De Dietrich family in Alsace. Later, Ettore became the head of technology at De Dietrich’s automobile division. Here, he developed a number of cars and entered them in many races. The Type 5, a upgraded and chain-driven version of the Type 2, with a 12.9-litre engine, remains the highlight of his stint at the company. However, Ettore’s contract was terminated as the company boss lost interest in racing.

Later in 1907, Ettore built another car with a 50hp engine, which was then offered to the Deutz engine factory in Cologne. The car was manufactured under licence, while Bugatti became the the head of production. However, he was secretly working on his own lightweight car - the Bugatti Type 13 - in his cellar to go racing.

At the end of his contract with Deutz in 1909, Ettore took his severance pay and leased an old building in Molsheim. He set up his own company called the Automobiles Ettore Bugatti, which would later one become on of the most prestigious car brands in the world.

In 1910, Bugatti rolled out the Type 10 (above), a prototype based on the Type 13. It was called the first ‘Pur Sang’, or pureblood, car developed by Ettore. The car entered the French Grand Prix in 1911 amid a field of established competitors and claimed the second step on the podium with the help of driver Ernest Friederich.

The Type 18, which was nicknamed the ‘Black Bess’, propelled Bugatti’s fame as it was the first street-legal race car to ever be produced. It had a top speed of around 160kmph and was one of the fastest road cars of its time, a theme that would continue into the next century. It’s top speed caught the attention of aviation pioneer Roland Garros, who bought one of the seven cars produced.

It packed a 5.0-litre engine and produced 100hp. It is also known for inspiring the Bugatti Veyron 16.4 Grand Sport Vitesse ‘Black Bess’, of which only three units were ever built with each costing a cool $ 2.4 million (around Rs 20 crore!).

Although it was manufactured by Peugeot, the Bébé was designed by Bugatti. It was his most successful model ever as it led became the first Peugeot to break the 3,000-unit mark. It packed a tiny 4-cylinder engine which gave it a top speed of 60kmph.

The Type 13 was the first Bugatti to win the prestigious Le Mans Grand Prix de la Sarthe. Although production began in 1914, it had to be halted due to the World War I. The company resumed production in 1919 and built various different versions of it. It also won the top four spots in the 1921 Brescia Grand Prix, earning it the nickname ‘Brescia’.

The company received big money for developing several airplanes during the World War I. This enabled it to hire over 1,000 employees and get back on its feet and start building cars again. Bugatti then built a prototype called the Type 28, which let it file many patents that would find their way onto future cars. The result - the cigar-shaped Type 29/30. It was the first Bugatti to feature an 8-cylinder engine. The race car was claimed to produce over 80hp.

The Type 32 was an evolution of Bugatti’s first-ever touring car, the Type 30, which was built between 1922 and 1926.  It featured a body shell with a wing-shaped cross-section and was renowned for being difficult to drive as it produced more lift than drag! This car was nicknamed the ‘Tank’ because of its resemblance to tanks used in World War I. A third place at the 1923 French Grand Prix was the best result the car could achieve.

Before the arrival of the Veyron, Chiron and the Divo, the Type 35 was one of the carmaker’s most famous creations. Launched in 1924, it paved way for the golden era of Bugatti by securing over 2,000 race victories over ten years. It was the most successful race car ever in its time. It even won the gruelling Targa Florio five times in a row!

And, of course, it remains one of the most prettiest Bugattis ever built, what with the now iconic ‘horseshoe’ grille and spoked aluminium wheels.

The Type 41 Royale was the car that almost bankrupted the company. It’s quite extravagant even by today’s standard. It featured a wheelbase that was over four metres in length and was packed with a 12.7-litre engine. However, it was hit by the Great Depression, which meant Bugatti was only able to sell three of the total six cars it had built.

The Type 50, which arrived in 1930, was the sporting coupe version of the Type 46. It produced a claimed 225hp when compared to the 160hp offered by the car it was based on. Look at it closely, and you’ll realise that modern Bugattis have borrowed a lot of styling cues from this pretty machine.

The Type 51, which premiered in 1931, took victory at the Monaco Grand Prix at the hands of Louis Chiron. Yes, the man the carmakers latest hypercar (the Chiron, of course. The Divo is something else altogether) is based on. However, it failed to emulate the success of the Type 35.

The same year also saw the company make its team debut at the Le Mans. Driven by Chiron and Varzi, Divo and Bouriat, and Conelli and Rost, these cars were painted black after Ettore refused to paint them in French Racing Blue as told by the motorsports’ authorities.

Yet another gorgeous car, the Bugatti Type 55 was essentially a touring car with a race-spec engine. It was powered by a 2.3-litre supercharged engine from the Type 51 and was available in both two-seat roadster and coupe forms. Only 38 units of the Type 55 were ever built.

The Type 53 was the first-ever Bugatti to send power to all four wheels. A little known fact - six units of the Type 56 which followed were equipped with an electric powertrain to be driven around the Molsheim factory.

The Type 59 was the first car to be developed under Jean Bugatti, Ettore’s son. Some call it the most beautiful race car ever built. It used a 3.3-litre engine from the Type 57 but failed to perform on the race track. As Ettore slowly started losing interest in racing, his team became less and less competitive.

As the company started struggling with its racing cars, it turned itself around as a major luxury carmaker. The Type 57 was designed by Jean and debuted at the 1934 Paris Motor Show. It featured a shorter wheelbase when compared to the Type 57 and had a ground clearance of just 120mm. It developed 35hm more than than the Type 37, which tool ots total output to 170hp. A total of 950 units were built between 1934 and 1939.

The Type 57G turned Bugatti’s fortunes on the race track. It won both the Le Mans and the French Grand Prix. Driven by Jean-Pierre Wimille, it set a new lap speed record of 148.98kmph and broke the distance record in the 23rd hour of Le Mans. Only one 57G out of the three that were built survives to this day.

The Type 251 was built following the death of Jean and Ettore. It was the last ‘old’ Bugatti to be produced. Although it entered the 1956 French Grand Prix, it wa forced to retire after 18 laps due to reliability issues. Bugatti ceased production in 1956 until…