Aerodynamic lessons mixed with coachbuilding finesse. Cars don’t get better than this. 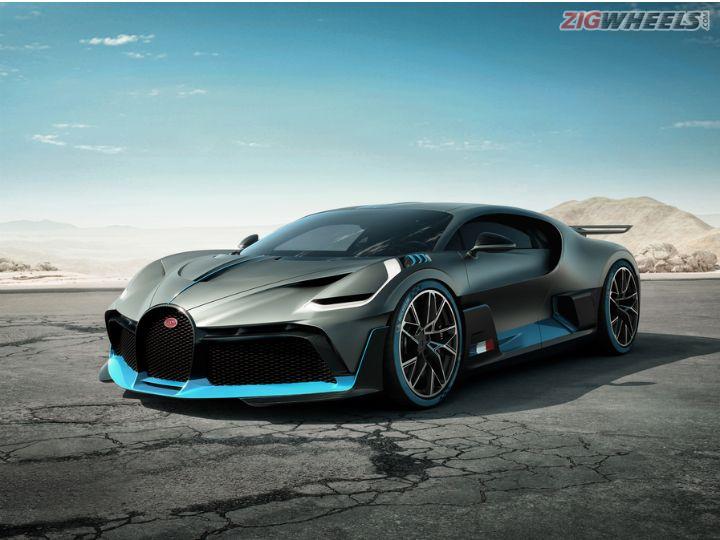 Sure, you could look at the Divo and say someone’s gone waaaay overboard trying to make their multi-million dollar Bugatti Chiron stand out. And you wouldn’t be entirely wrong, because there’s a Chiron under that almost raunchy looking silhouette. But, the looks are possibly the last thing you should be discussing about the Divo. And that’s because it’s built to be driven cornered hard and fast, till physics begs you to take it easy.

We know that the Chiron is practically unbeatable in a straight line. There’s the 8.0-litre, quad-turbo W16 that makes 1500PS of peak power, that lets it slingshot to 100kmph in 2.5 seconds. So, that hasn’t really changed. What has, is the top speed. Where the Chiron was limited to 420kmph, the Divo is limited at a ‘lower’ 380kmph. That’s because the focus isn’t on straight-line drags at all. Bugatti has even picked up the now overused saying “Happiness isn’t around the corner, it IS the corner”.

How much of a difference would sharper handling make to the Chiron, you’d ask. In Bugatti’s tests, the Divo managed to lap the Nardo handling circuit in Italy a whopping 8 seconds quicker than the Chiron. That’s the difference we’re looking at. Let’s dive into what’s gone behind the scenes to make the Divo that much more agile.

First, drop the weight. Compared to the Chiron, the Divo is a significant 35kg lighter. Second, break out the book of aerodynamics. The front spoiler is wider, and peculiarly designed to feed air into the front air inlets. This not only gives the Divo higher downforce on the front end, but also improves cooling. High-pressure areas (a vortex if you will) are created above the front bumper, front air inlets and the diffusers ahead of the tyres. Vanes direct the air from here straight on to the wheels, to ensure the brakes and tyres don’t overheat.

On the Divo’s derreire sits a height-adjustable rear spoiler, which can be set to different angles based on the driving mode. It also doubles up as an airbrake, if needed. Bugatti says the spoiler is 23 per cent wider than that of the Chiron, which not only ensures more downforce, but also better air brake efficiency. The roof too has been redesigned to accommodate an air-duct that channels more air towards the engine. As a result of all of these aero tweaks, the Divo generates 456kg of downforce. To put that into perspective, it’s 90kg more than the Chiron. GULP!

Even the design team were fanatic about aerodynamics. Compared to the Chiron, the front is completely reworked, with new vertically stacked headlamps. Interesting fact, the headlights are only 35mm wide. And, the headlamps have their own signature animation too. Lamps at the rear are even more special. It’s been 3D printed (!!!) and is a part of the rear grille itself. 44 of these ‘fins’ light up when you brake, and we’ve got to admit, it looks bloody epic. How can we miss the massive air duct on the roof, and that XL-sized spoiler. Bugatti is setting poster goals!

Inside the cabin too, the Divo re emphasizes the fact that it’s meant for the driver. The cabin is split into two halves - light and dark - for the driver and the co-passenger respectively. And, to ensure the folks there are comfortabld, the seats are new to hold them in place when G-forces are toying with their internal organs. Finer details include an embroidered door trims and seats that mimic the rear grille and the tail lamps.

Named after French racing driver Alberto Divo, the Bugatti is possibly the absolute peak of automotive tech. It costs a whopping 5 million Euros (~ Rs 40 Crore), and is limited to just 40 units. Here’s the kicker though - SOLD OUT!