The latest S-Class raises the benchmark in every aspect, making it one of the world’s most opulent cars! 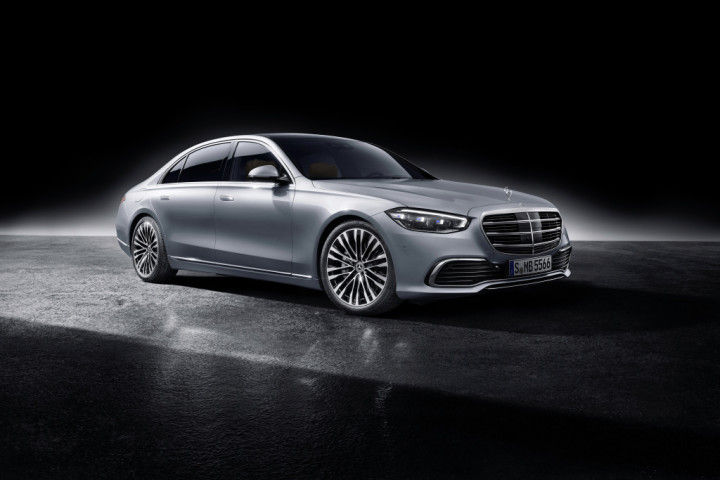 Mercedes-Benz has launched the 2021 S-Class in India at Rs 2.17 crore (ex-showroom). Initially brought to India as a Completely Built Unit (CBU), the 2021 S-Class is offered in a fully loaded Launch Edition. It can be had in S450 (petrol) and S400D (diesel) variants.

Here’s a quick look at the variant-wise prices:

The new S-Class raises the benchmark in every department when compared to its predecessor. In fact, the S-Class has grown a size larger than the model it replaces. Here’s a quick look at the new S-Class’ dimensions:

The S-Class’ design is as opulent as ever with plenty of premium touches. The tri-pointed ornament is mounted on the hood, below which is the chrome-laden grille flanked by sleek LED headlamps. The Launch edition models are based on the AMG Line trim and  pack sportier bumpers and 20-inch dual-tone alloy wheels. In profile, the flush-fitting door handles and the soft character line impart a smooth look. Moving on to the rear, the S-Class features split-LED tail lamps.

Since most S-Class owners spend time in the rear seats, the luxury sedan gets lounge-like rear seats with soft pillows. Occupants are also treated with creature comforts like twin entertainment screens, ventilated and heated seats, massaging function, ambient lighting, neck warmer, and separate zones of climate control. All these features can be controlled via a 7-inch tablet placed in the rear central console.

Fun Fact: The S-Class’ Burmester 4D sound system has sound exciters on all four seats, which gives you a massage based on the beats of the track!

Passengers seated behind the co-driver get a ‘boss mode’. With a press of a button, the rear seats recline and the front seat slides forward for a comfortable seating position. Also, safety for rear occupants is taken care of by frontal facing airbags placed behind the front seats, protecting the occupants head and neck in case of a mishap.

The S-Class’ dashboard is more modern than before thanks to the new 12.3inch digital driver’s display and 12.8-inch MBUX touchscreen infotainment system. The latter can be secured via facial recognition or fingerprint so that no one will be able to access your information. Also, Mercedes has provided the infotainment with a 320GB SSD to save your favourite music.

Fun Fact: The S-Class’s ambient lighting changes colour as you change the temperature or activate the indicator. So so cool!

Safety is taken care of by 10 airbags, ABS with EBD, front and rear parking sensors, a 360-degree camera, electronic stability control, a tyre pressure monitor, and Pre-safe with impulse side.The last one basically raises and stiffens the suspension on one particular side if it detects an impact, minimising injury for occupants.

Under the hood, the S-Class is offered with a choice of 3-litre petrol and diesel engines that drive all four wheels (for the first time in India) via a 9-speed automatic transmission. Take a look at the detailed specifications here:

All these updates do make the new S-Class a perfect luxury car to arrive in style for the red carpet. The luxury sedan rekindles its rivalry with the Audi A8L and the BMW 7 Series. Stay tuned for our detailed first drive review of the new S-Class.