Features VPAM VR10 certification of protection, which makes this luxury sedan a tough nut to crack 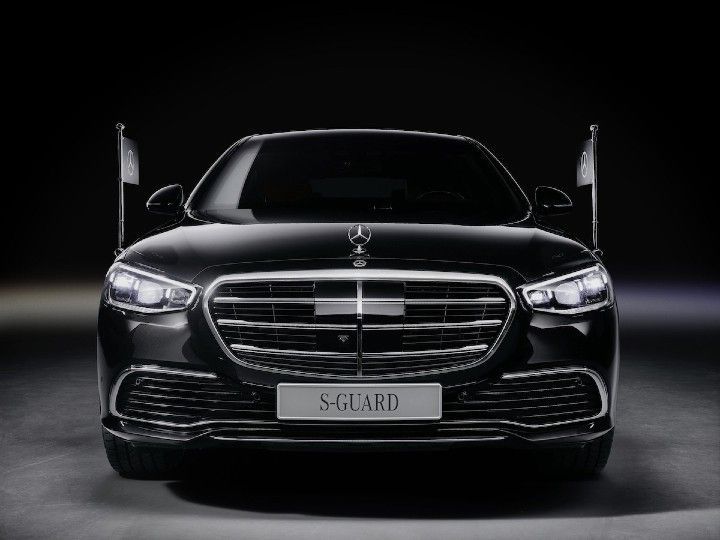 High-ranking officials, politicians and celebrities can travel in luxury, while also being well protected, as Mercedes-Benz has silently unveiled the S-Class S680 Guard luxury sedan. As the name suggests, ‘Guard’ is Mercedes’ way of saying it's a bunker on wheels while still being a sedan of opulence.

So how tough is the S-Class Guard? Well for starters the carmaker claims it has VPAM VR10 certification, the highest level of ballistic protection for a civilian vehicle. Basically, the sedan can take on explosions, as well as small arms fire. Other armoured highlights include run-flat tyres, multi-layer glass and polycarbonate windows.

Aside from an  emergency oxygen tank, and a fire extinguisher, the cabin of the S-Class Guard is largely identical to the standard model with feature highlights such as a 12.3-inch digital driver’s display and 12.8-inch MBUX touchscreen infotainment system, connected car tech, as well as premium leather and wood trim. It can be specced in four- or five-seater configurations.

Under the hood, the armoured sedan is powered by a  6-litre V12 petrol engine making 604PS and 830Nm. Paired to a nine-speed automatic transmission, it drives power to all four wheels.

Mercedes-Benz very recently brought the new-gen S-Class to our shores at prices starting from Rs 2.17 crore (ex-showroom). There’s no word on when the carmaker will introduce it to India, but we expect it to be limited to only high-ranking officials in the country. The S-Class luxury sedan goes up against the likes of the Audi A8L and the BMW 7 Series.