Exclusive: Here’s A Look At The Next-Gen Mahindra TUV300 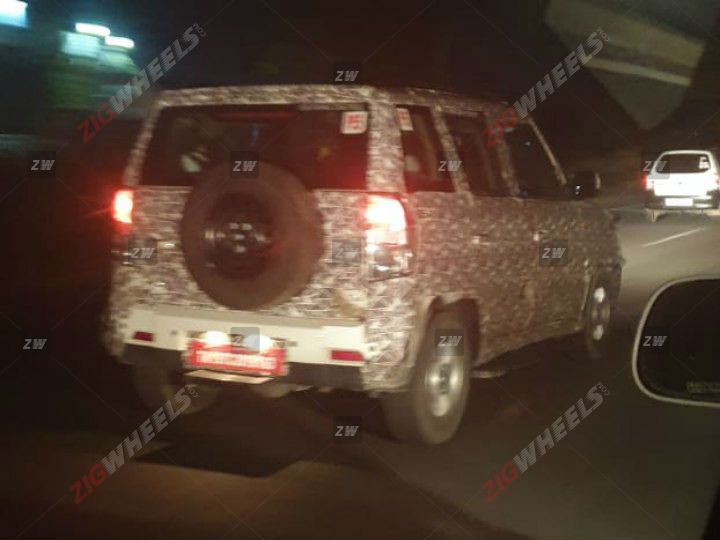 Mahindra is currently working on upgrading its range of SUVs to meet BS6 emission norms with the first BS6-compliant model being the XUV300 turbo-petrol that’s expected to hit showrooms sometime this month. Hot on the heels of the TUV300 facelift launch in May this year, the carmaker has already set to work on the next step. We had earlier spotted a prototype TUV300 with a BS6 compliant engine as well as the next-gen TUV300 Plus. And now, ZigWheels has exclusive images of the next-gen TUV300 which was spotted testing on the Delhi-Jaipur highway in a camo wrap.

While the camo wrap hides a lot of intricate exterior details of the new TUV300, there are a few noticeable changes, including a revised tail lamp design. Like it's bigger sibling that was spied earlier, expect it to get a revised set of headlamps and grille as well. Aside from this, the overall dimensions seem to be similar, if not identical to its predecessor.

The interiors of the new TUV300 have not been revealed yet, but we can expect it to retain a variety of features from its predecessor along with additional updated kit. Some carry over features could include the 7-inch touchscreen infotainment system with USB and AUX-in, in-built GPS navigation, steering-mounted audio controls, manual air-con and remote locking. Coming to the safety equipment on offer, expect the new TUV300 to retain kit like dual airbags, ABS with EBD, ISOFIX child seat mounts for the second row, and rear parking sensors with camera.

Under the hood, expect the TUV300 to retain the sole 1.5-litre mHawk diesel engine but with a BS6 upgrade. In its BS4 guise, this motor develops 101PS of power and 240Nm of torque. Expect the  5-speed manual gearbox and rear wheel drivetrain to be retained in the TUV300. However, due to the BS6 upgrade, Mahindra could bring back the AMT option that was axed when the facelift was launched.

The current-gen TUV300 is priced between Rs 8.54 lakh to Rs 10.55 lakh (ex-showroom Delhi). Once the BS6-compliant version makes its debut, expect prices to go up by Rs 60,000 to Rs 80,000. There’s no word yet on when it will make its debut, but we can expect it to be revealed by 2020. It currently doesn’t have any direct competition thanks to its body-on-frame chassis and rear wheel drive layout.